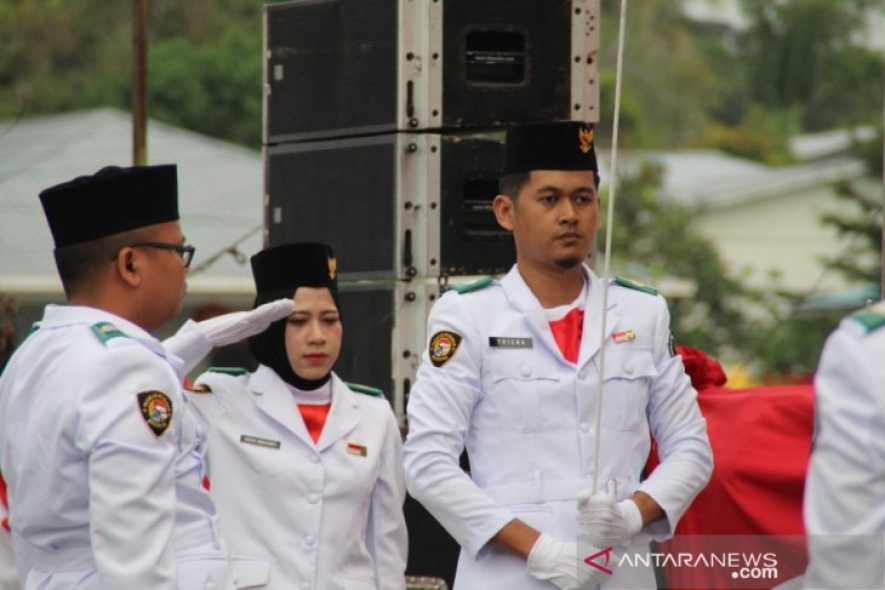 An Indonesian migrant worker in Kuching, Malaysia, was selected to be the commander in the flag hoisting ceremony, held at the Indonesian Consulate General compound on Saturday for commemorating the 74th anniversary of Indonesia's Independence Day.

The migrant worker's name is Nurzen. He is a construction worker in the Malaysian State of Sarawak, Directorate General of Immigration at the Law and Human Rights Ministry revealed in its press statement that ANTARA received in Jakarta on Sunday.

Nurzen was quoted as saying that he felt proud and honored to get selected by the Indonesian Consulate General in Kuching to become the commander in the flag hoisting ceremony.

Regarding the Indonesian migrant workers' involvement in the consulate's activities, including the flag hoisting ceremony, Indonesian Consul General in Kuching Yonny Tri Prayitno said it was part of the consulate's commitment to implementing its community service.

Their engagement in the consulate's activities would be continued in the future hoping that it would make them proud and strengthen their spirit of nationalism during their overseas stay, he said.

After the flag-raising ceremony ended, several hundreds of Indonesians living and working in Kuching and the city's outskirts joined a people's fiesta that the consulate organized.

The event showcased such fun games usually found in Indonesia during the Independence Day celebration as sack-race, cracker-eating contest, and "Panjat Pinang" or climbing a lubricated trunk of betel nut tree to take various prizes. Meanwhile, the Indonesian Embassy in Ankara, Turkey, celebrated the country's Independence Day by holding a culinary event, called "KBRI street food" to serve those attending the celebration with free food and drinks.

The Independence Day was also celebrated in all parts of Indonesia during which people organised various fun games. In Jakarta, President Joko Widodo and Vice President Jusuf Kalla attended a flag hoisting ceremony at the Merdeka Palace. (ANTARA)