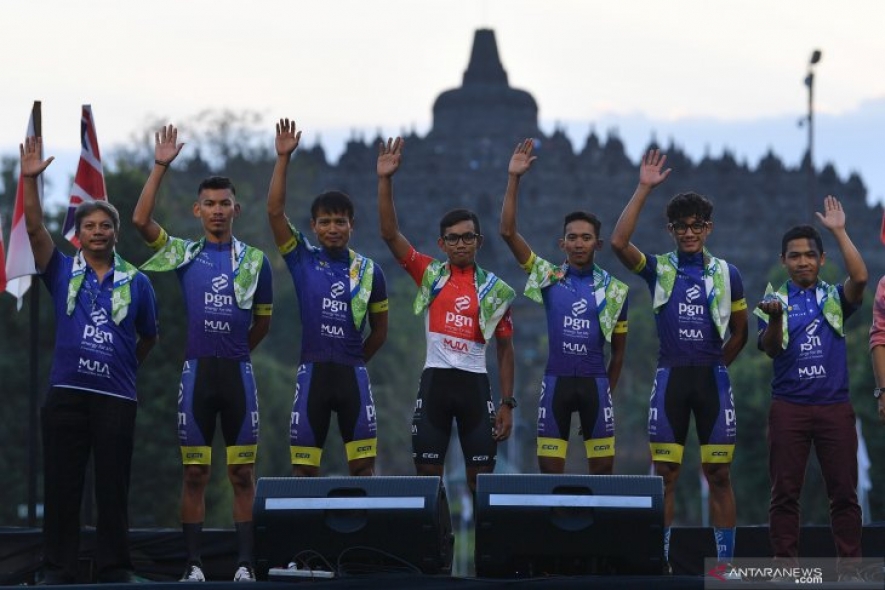 Indonesian cyclists from the PGN Road Cycling Team and officials posed for a picture at the Borobudur Temple complex on Aug 18, 2019. (photo: Antara/Sigid Kurniawan/FA) ANTARA

The 18 teams comprise 90 cyclists from 22 countries including France, Greek, Spain, and England.

"We have made comprehensive preparations and are content that all regional heads, whose cities fall on the race's route, fully support the event," he stated.