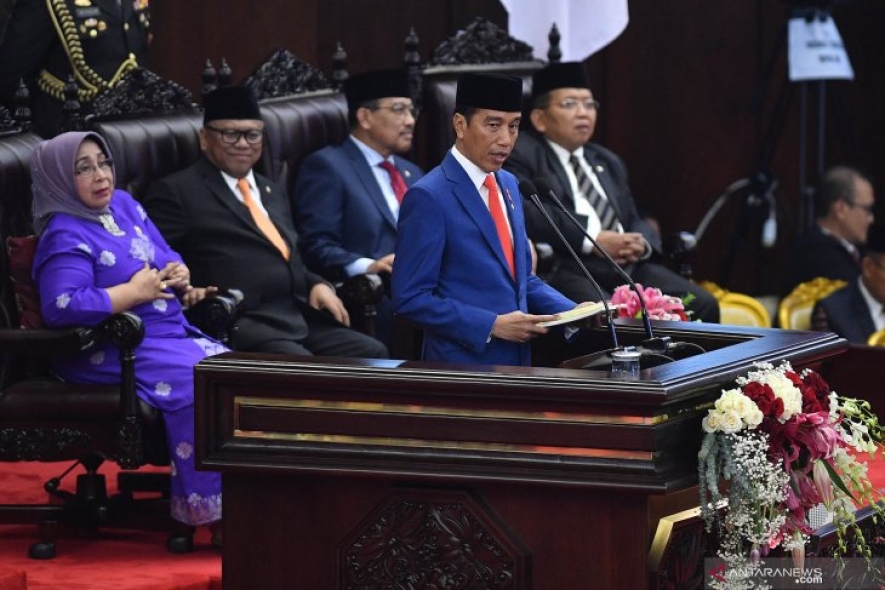 President Joko Widodo (Jokowi) delivered his annual state budget speech, a day before the commemoration of the Independence Day, at the legislative complex in Jakarta, on Friday ANTARA

Indonesia’s government targets a 5.3-percent economic growth in 2020 by boosting consumption and investment while maintaining the inflation rate at 3.1 percent, President Joko Widodo (Jokowi) stated here, on Friday. The head of state made the remark in his annual state budget speech, a day before the commemoration of the Independence Day, at the legislative complex in Jakarta.

The growth target and inflation rate were among the four assumptions of the country’s macroeconomy in 2020.

In his state budget speech on the 2020 fiscal year, the president also forecast that amid the global economic slowdown, the rupiah exchange rate stood at Rp14,400 against the US dollar.

Despite the slowdown, the Indonesian government remains confident of the interest rate of three-month treasury bills (SPN) lying at 5.4 percent, while the Indonesian crude price (ICP) being at US$65 per barrel.

“In the midst of global dynamics, the Indonesian government will closely monitor the crude price and global commodity prices,” he stated.

During his speech, Jokowi also noted that the government has targeted to set oil lifting at 734 thousand barrels and1.19 million barrels of oil equivalent per day (BOEPD) in 2020.

In line with last year’s state budget speech, Jokowi has targeted economic growth to reach 5.3 percent in 2019, while the inflation rate was maintained at 3.5 percent, give or take one percent. (ANTARA)