Indonesian Batik is Exhibited in Thailand 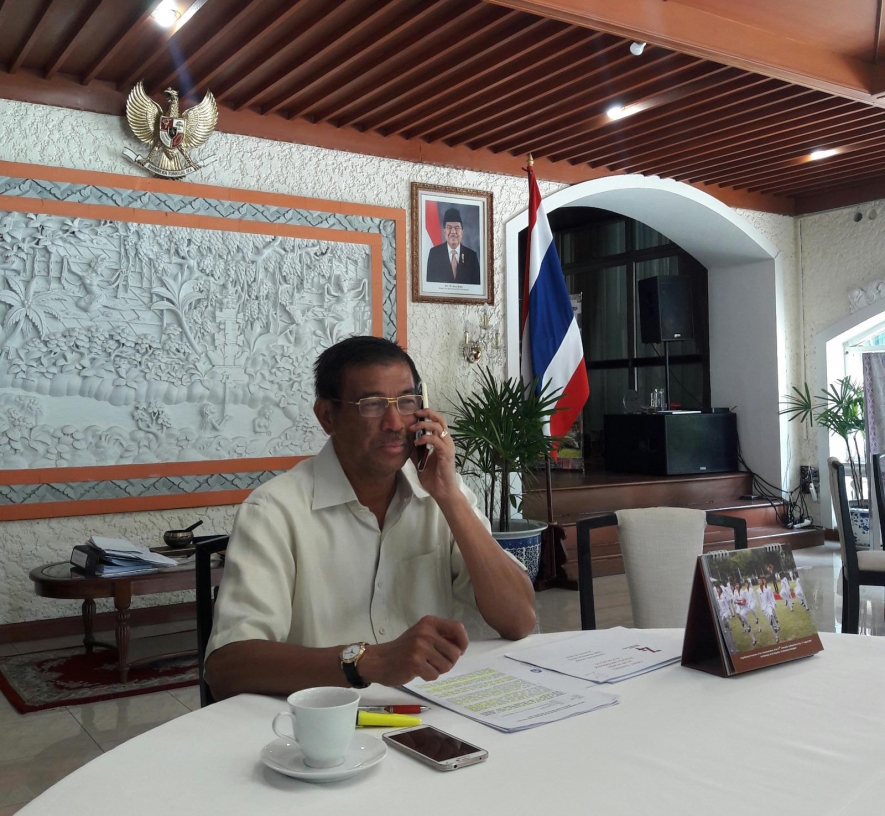 Indonesian Ambassador to Thailand, Ahmad Rusdi said bilateral relations between Indonesia and Thailand have been filled with many activities both in Bangkok and at the Thai Embassy in Indonesia. One of the activities that has been carried out is the ongoing batik exhibition at the Sirikit Museum in Bangkok, Thailand. It was said by Indonesian Ambassador to Thailand Ahmad Rusdi in an interview with Voice of Indonesia recently.

“I also feel grateful because in Thailand, the Indonesian batik exhibition is also ongoing displaying 307 batik pieces, collections of the 7th to 9th Rama kings at the Sirikit Museum which is in the compound or even in the Royal Palace of Thailand,” said Ahmad Rusdi.

This batik exhibition has been going on for two and a half years. The exhibition was inaugurated by Princess Sirinton of Thailand and attended by Ratu Hemas, the wife of Sultan Hamengku Buwono the tenth from Yogyakarta. According to Ahmad Rusdi, it shows that bilateral relations between Indonesia and Thailand has increased quite intensively.// (risky / edit r)