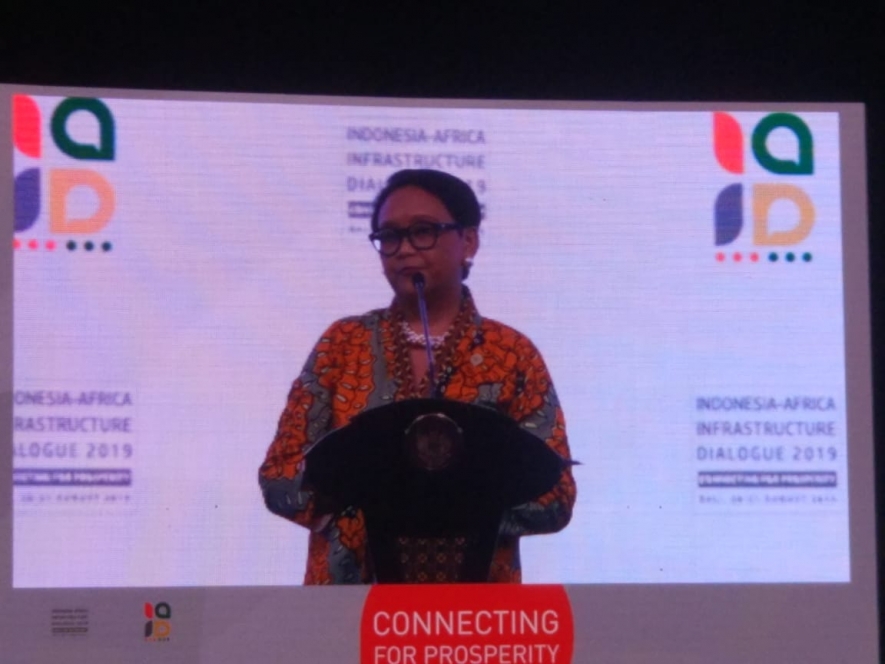 Indonesia-Africa Infrastructure Dialog has reached a business agreement worth 822 million US Dollars. According to Indonesian Foreign Affairs Minister, Retno Marsudi, the business agreement exceeded last year's achievement whih was 586 US Dollars. The minister added that delegations of  Indonesia and Africa will extend what have been reached in Indonesia Africa Forum (IAF) 2018.

Minister Retno Marsudi in her short report to President Joko Widodo  conveyed that panel discussion, in series events of the Dialog also conduct exhibition which displays various Indonesian potential, especially in infrastructure sectors. According to the minister, there are 33 participants and 15 small medium companies from Bali participating in the exhibition.// (VOI/BORGIAS/trans-yati/EDT/AHM)