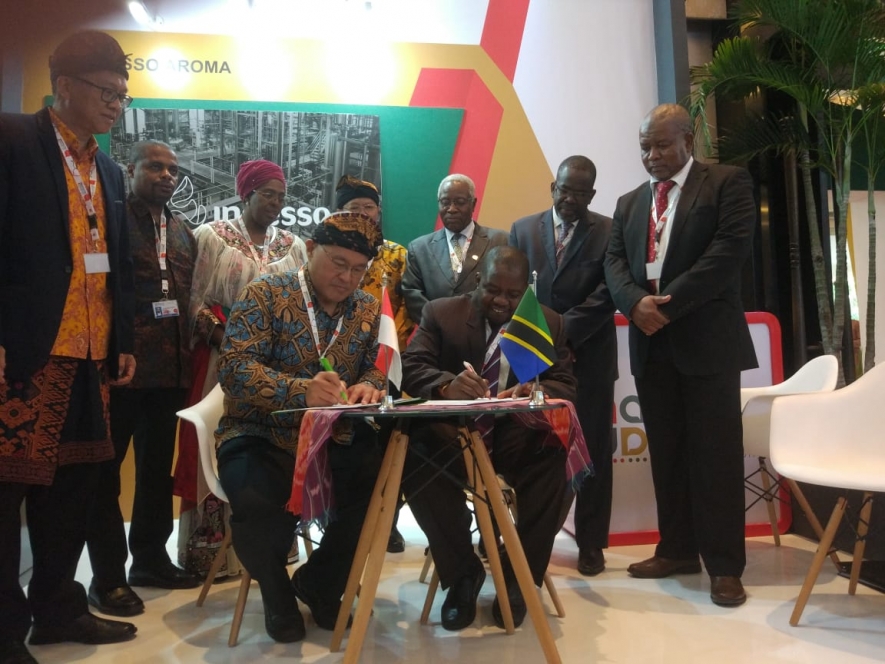 Tanzania wants to explore cooperation with Indonesia to develop infrastructure for seaport and factory in Tanzania. This was stated by Tanzanian Minister of Trade and Industry, Amina Salum Ali  after signing an agreement with an Indonesian company, Indesso Aroma, in Nusa Dua Bali Convention  Centre, Bali, on Tuesday (20/08).  According to Minister Amina Salum Ali, besides cooperating in developing infrastructure of seaport and factory, Tanzania also wants to cooperate with Indonesia’s state-owned enterprise, WIKA, to develop Convention Center.

"We have already designed an agreement to build two ports. One for oil and gas terminal, with Wika. And then we push building of convention center like this, if Wika agree. And then another program because we want to build more industrial base. Today we have this one for clove oil, but we can look for other product like olive oil to be able to do to export Indonesia," said Minister Amina Salum Ali.