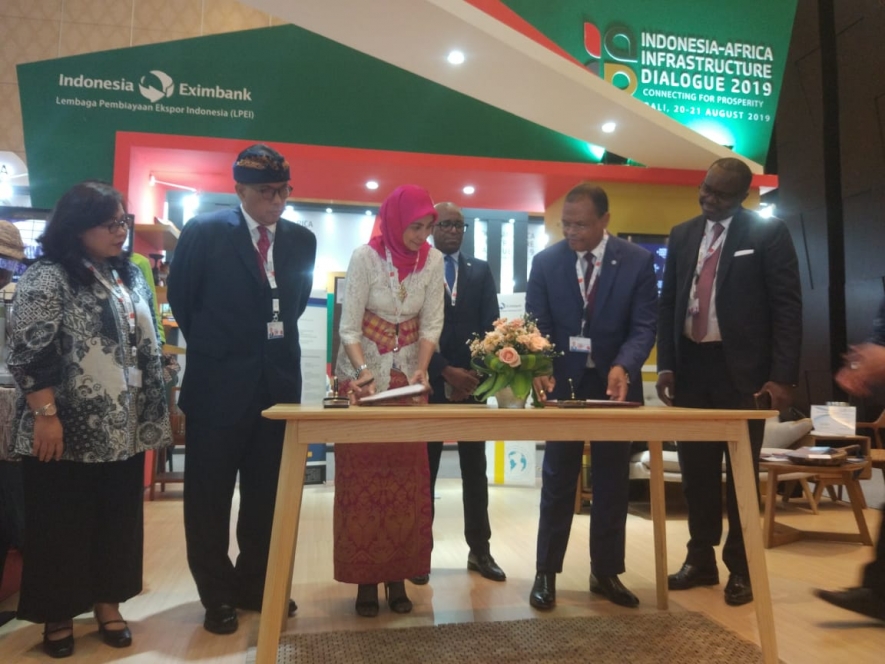 “In the cooperation, we agree, first is to see or to study potential projects to be worked together, because BDEAC has priority list for the projects which according to them, it is visible and badly needed by the country for investment, infrastructure, oil and gas and many others including trade among the countries. So, we will scrutinize one by one the projects which according to them, are ready, and we will see whether Indonesian Export Financing Institution-Indonesia Eximbank (LPEI) will take part as co-financing to finance those projects or we participate in the trade,” said Sintya Roesly.

According to Sintya Roesly, many sectors that can be cooperated between Eximbank and Development Bank of the Central Africa States (BDEAC) include service or product sector, final product or factory. Sintya also explained the agreement can encourage Indonesian exporters to enter market in six countries and to facilitate Indonesian exporters.// (VOI/BORGIAS/trans-yati/EDT/AHM)