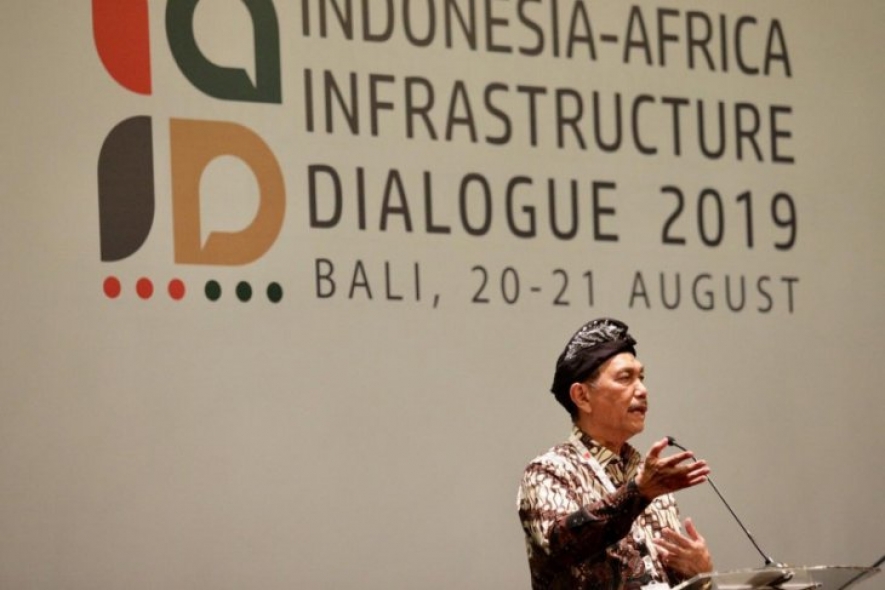 "I can sense that African countries are waiting for us to open ties, and yesterday, the president said that we are brothers," Pandjaitan noted in a statement in Jakarta on Thursday.

Indonesia had organized the Indonesia-Africa Infrastructure Dialog (IAID) 2019 in Nusa Dua, Bali, on Aug 20-21, as a follow-up of the Indonesia-Africa Forum (IAF) 2018, which were part of the implementation of the recommendations of the Asia-Africa Conference (AAC) held for the first time in Bandung, Indonesia, in 1955.

He noted that Indonesian investors will offer added value to host nations disparate to Indonesia’s bitter experiences for tens of years during which other investors would merely take hold of their natural resources and leave.

In the past, investors only came to Indonesia to seize the country's raw materials and export them back, but in the era of President Joko Widodo, investors must offer added value and not just exploit the country's natural resources, Pandjaitan emphasized.

Trade Minister Enggartiasto Lukita had earlier pointed to Indonesia attempting to open access for its products to specifically enter non-traditional markets in Africa.

The trade minister held separate meetings with four ministers from Africa on the sidelines of the IAID 2019.

Themed "Connecting for Prosperity," 700 people from 53 countries participated in the 2019 IAID.

President Jokowi, while addressing the IAID participants, affirmed that Indonesia and Africa can become major powers through joint concrete cooperation to boost the people’s welfare.

"Indonesia is ready and pleased to forge cooperation with our brothers in Africa. Indonesia is your true partner, your trusted friend," Jokowi stated in Nusa Dua, Bali, on Tuesday afternoon.

He affirmed that Indonesians and Africans are brothers, the bonds of which were particularly developed through struggles against colonialism that led to the organization of the Asia-Africa Conference (AAC) initiated by Indonesia's first President Soekarno, among others, 64 years ago. (ANTARA)