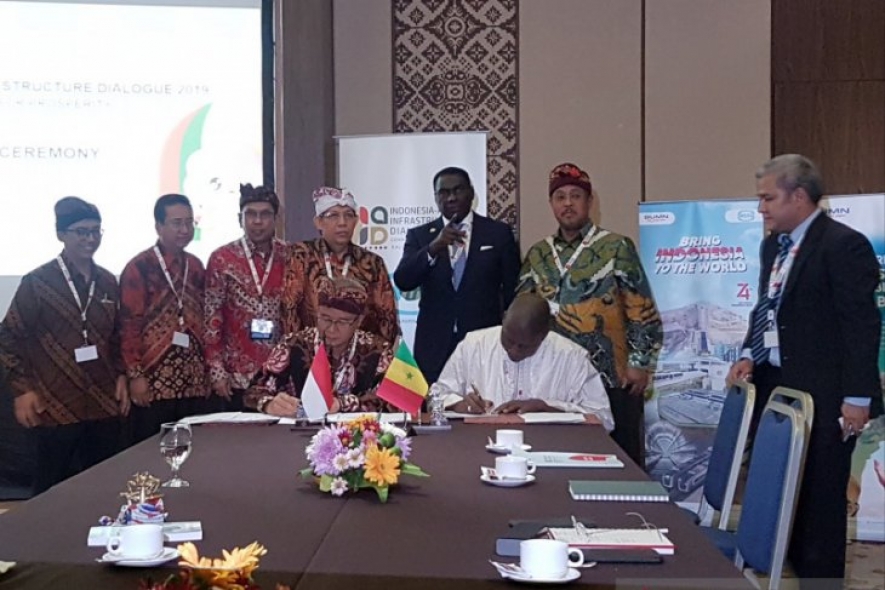 PT Wijaya Karya (WIKA) and the Senegalese government signed a cooperation agreement for the construction of La Tour De Goree Tower worth US$250 million on the sidelines of the Indonesia-Africa Infrastructure Dialog (IAID) held in Nusa Dua, Bali, on Tuesday (August 20, 2019) (ANTARA/Yashinta Difa/suharto) ANTARA

PT WIKA, Indonesia Eximbank, and the Senegalese government signed the agreement on the sidelines of the Indonesia-Africa Infrastructure Dialog (IAID) held in Nusa Dua, Bali, on Tuesday.

"This is a large project that will become an icon in Senegal. The building will also symbolize relations between Senegal and Indonesia," PT WIKA President Director Tumiyana remarked after the signing of the agreement.

La Tour De Goree Tower will be designed to serve a multifunctional building, including an apartment and hotel to support the tourism sector in Senegal.

The hotel at La Tour De Goree is deemed the need of the hour by Senegal that will host the Summer Youth Olympics in 2022.

Senegalese Minister of Growth Affairs Cheikh Kante affirmed that the project, once realized, will double the number of tourist arrivals from the United States, particularly Miami, to Goree Island in Senegal.

"Goree is a universal tourist site that contributes to the global culture," Kante stated.

The Senegalese government has targeted the groundbreaking ceremony for the construction of La Tour De Goree Tower in early December this year to be attended by Indonesian President Joko Widodo (Jokowi).

During the IAID, PT WIKA also signed an agreement for the construction of a housing project worth US$200 million in Songon, Ivory Coast, and a bulk liquid terminal worth $190 million in Zanzibar, Tanzania. (ANTARA)