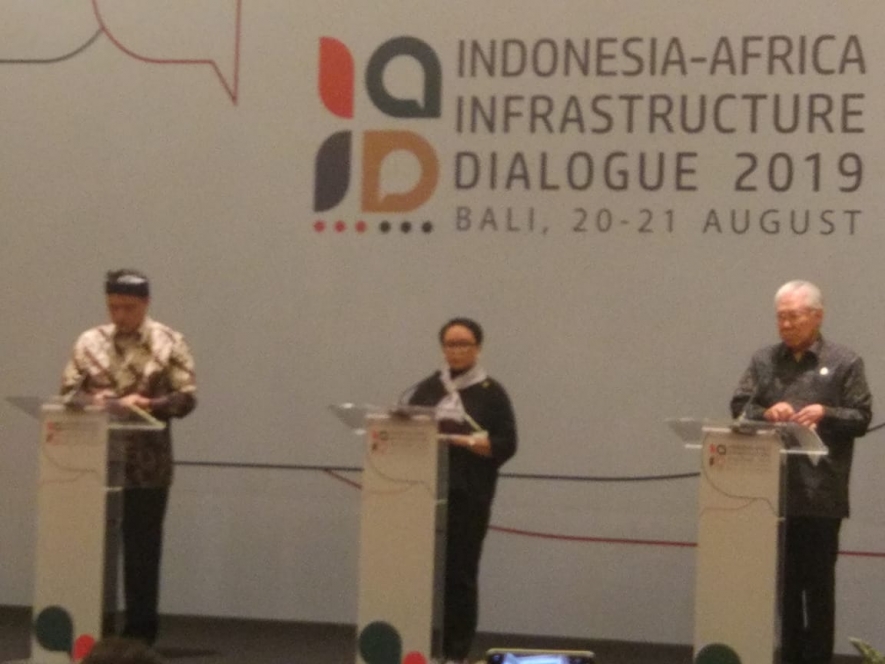 The Indonesian Minister of Trade has conducted a series of bilateral meetings over the two days of organizing the Indonesia Africa Infrastructure Dialogue in Nusa Dua Bali. The Indonesian Minister of Trade, Enggartiasto Lukita in a joint press statement with the Coordinating Minister for Maritime Affairs Luhut Binsar Panjaitan and Foreign Minister Retno Marsudi in Nusa Dua Bali, Wednesday (21/08) explained, they had held bilateral meetings with officials from several African countries such as Djibouti, an autonomous regions of Zanzibar, Somalia, Ethiopia and Uganda. Enggartiasto Lukita explained, Uganda has invited Indonesia to invest in the sharia banking sector and leather shoes.

“With Uganda we are invited to invest in the leather shoes sector and also Islamic banks to open branches in Uganda. And it was proposed by the Ugandan Minister that we prepare a kind of help desk for the export of Indonesian products,” said Enggartiasto Lukita.

Enggartiasto Lukita further explained, in response to the offer from Uganda, his side encouraged to carry out a study to be upgraded to the joint feasibility study stage.

Meanwhile in a bilateral meeting with Zanzibar which is an autonomous region in Tanzania, according to Enggartiasto Lukita, Indonesia was invited to develop tourism in Zanzibar.

In a bilateral meeting with Somalia, Indonesia was invited to invest in the housing sector. In response to the Somali offer, Enggartiasto said it would encourage the Minister of Public Works and Public Housing to follow up on the possibility of building low-priced housing in Somalia. (VOI / Brg / AHM)