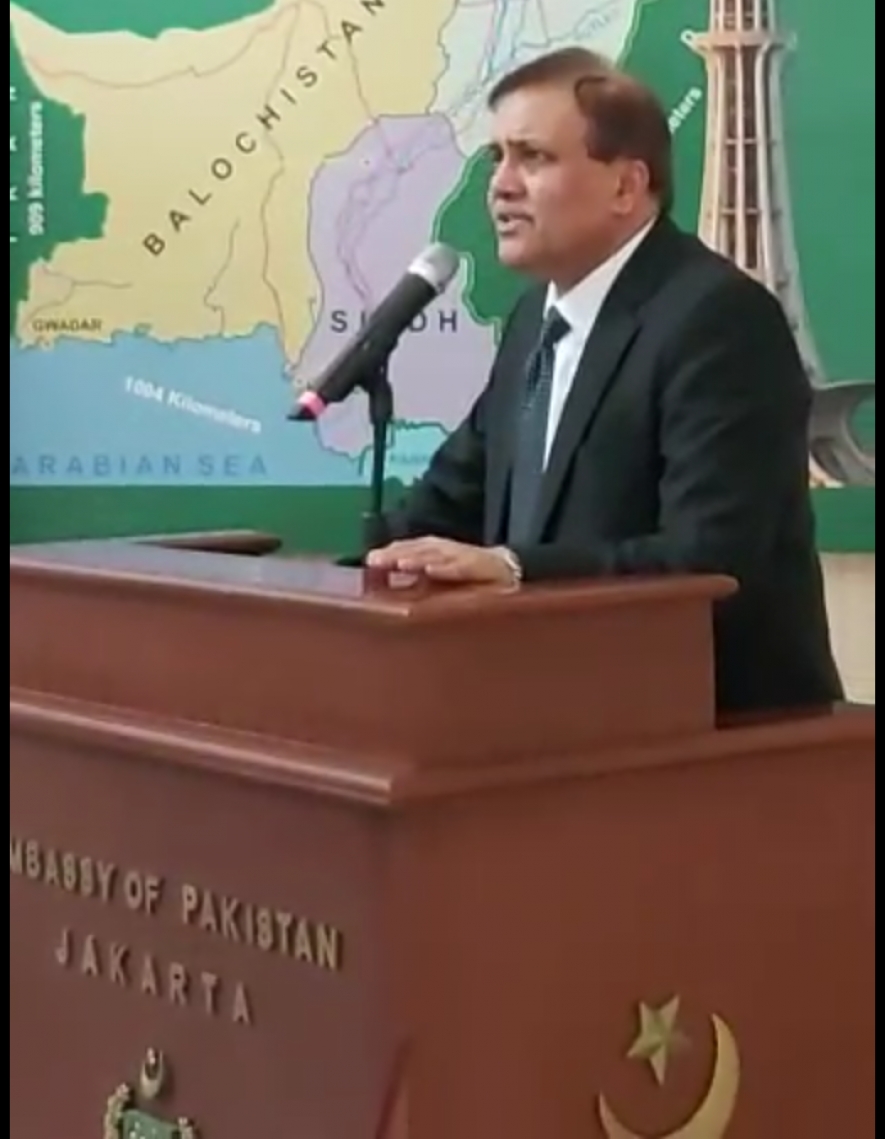 The Pakistani Ambassador to Indonesia, Abdul Salik Khan, requested Indonesia’s support to help resolve the dispute over the Kashmir region. Abdul Salik Khan at a seminar at the Pakistani Embassy in Jakarta, Friday (06/09). Abdul Salik added that as the largest Muslim majority country in the world, Indonesia has rightly assisted in resolving the Kashmir conflict because Indonesia has always paid major attention to the issue of Palestine which has also Muslim majority population.

“So ​​we would like to inform you, we would like to need support from the people of Indonesia, who are friendly people, who are always standing against human right violations,” said Abdul Salik Khan.

Abdul Salik Khan added that Pakistan hoped for Indonesian assistance at the UN in resolving the Kashmir issue because Indonesia is currently a non-permanent member of the UN Security Council. Regarding the Kashmir case of the Indonesian Minister of Foreign Affairs, Retno Marsudi has met the Indian Ambassador and the Pakistani Ambassador to Indonesia some time ago. During the meeting, Retno Marsudi stressed the position of Indonesia which asked India and Pakistan to resolve the problem in Kashmir through dialogue. According to Retno Marsudi, if the tension between India and Pakistan broke out into an open conflict, the loss would not only be felt by the two countries but also in the region. (VOI / AHM)