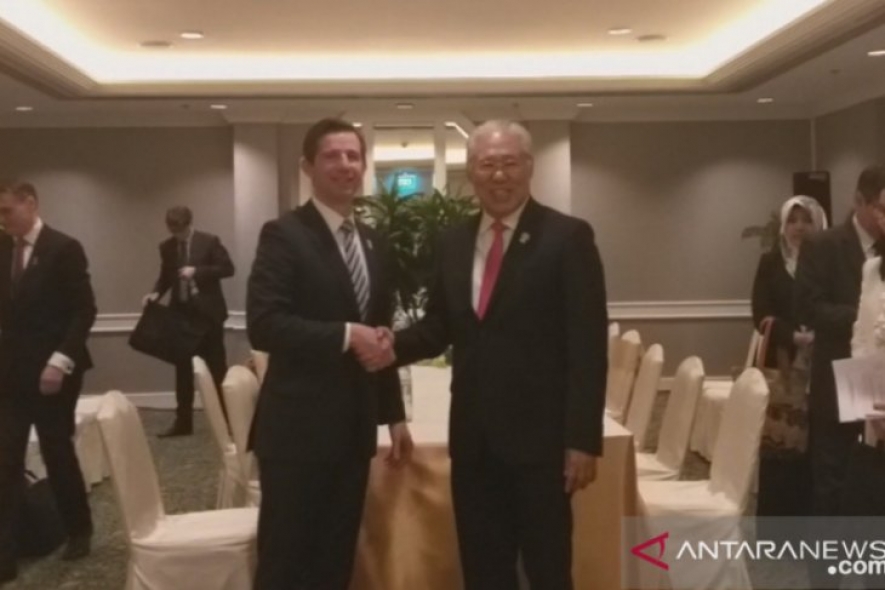 The meeting took place a few hours before ministerial negotiations on the Regional Comprehensive Economic Partnership (RCEP) multilateral economic agreement which has been under negotiations for several years.

RCEP which is still a draft free trade pact covers 16 countries which make up 40 percent of the global gross domestic product.

Heads of state/government from 16 RCEP member states have expressed the hope the substantial discussion of the pact could be concluded in November 2019. Australia is one of the 16 countries involved in RCEP and has great interests in this pact.

Lukita is scheduled to deliver the outcome of his bilateral talks with the Australian trade minister and ministerial meeting for RCEP on Sunday evening local time.

During the opening of the 51st AEM on Friday, Thai Prime Minister Prayut Chan-o-cha in the capacity as ASEAN Chairman underlined the significance of finalizing the RCEP agreement at the end of this year. He believes that the RCEP will promote closer and more stable economic, trade, and investment climate between ASEAN member states and their partners.

"The finalization of RCEP this year will reflect the trust of the region and dialog partners in synchronizing trade and investment," he stated.

RCEP agreement is also considered important to increase trade among countries in the region amidst the escalation of global trade tensions and potential global economic recession.

RCEP is an ASEAN-centered proposal for a regional free trade area that will initially include the 10 ASEAN member states and those countries that have existing free trade agreements (FTAs) with ASEAN: Australia, China, India, Japan, Republic of Korea, and New Zealand. (ANTARA)