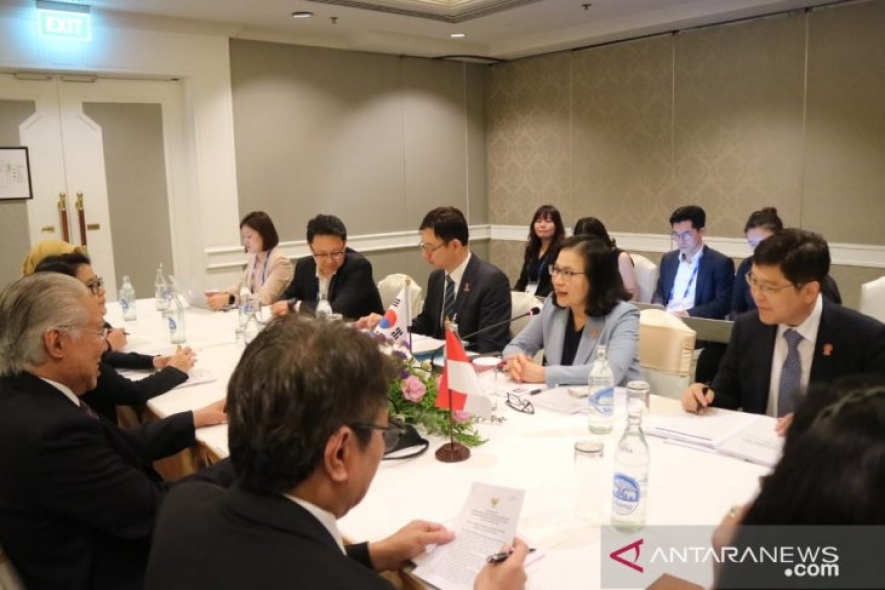 Indonesia may play a mediatory role in the Japan-South Korea trade rift by urging them to begin contemplating a diplomatic settlement rather than continuing with retaliatory measures, Indonesian Trade Minister Enggartiasto Lukita stated in Bangkok, Thailand, Monday.

After attending a bilateral meeting with South Korea's Trade Minister Yoo Myung-Hee in Bangkok, Lukita noted that the trade rift between Japan and South Korea may have an adverse impact on the economic sector, both in the region and world.

"Without substantially intervening in the conflicts, we had spoken to our South Korean counterpart that the trade war may be undesirable for the global and regional economies, and the rift would benefit nobody," Lukita remarked on the sidelines of the 51th ASEAN Economic Ministers' Meeting (AEM).

The Trade Ministry's records showed that Japan and South Korea are close allies of Indonesia. By 2018-end, Indonesia's trade surplus with Japan had touched US$1.4 billion while that with South Korea had reached $451 million. However, during the January-June 2019 period, Indonesia had posted $441 million of trade deficit with South Korea.

On July 4, Japan had declared it will tighten controls on the shipments of three chemicals -- hydrogen fluoride, photoresists, and fluorinated polyamides -- to South Korea that were key materials for the production of semiconductors for South Korea's top electronics manufacturers, including Samsung.

Japan claimed that the restrictions were imposed over the belief that South Korea had leaked sensitive information to North Korea. However, South Korea refuted the accusations, as Japan had failed to furnish details to its claim.

While retaliating to Japan's move, South Korea had also boycotted Japanese beers and clothing brands. Moreover, in mid-August, the South Korean government had planned to exclude Japan from a list of trusted trading partners. (ANTARA)