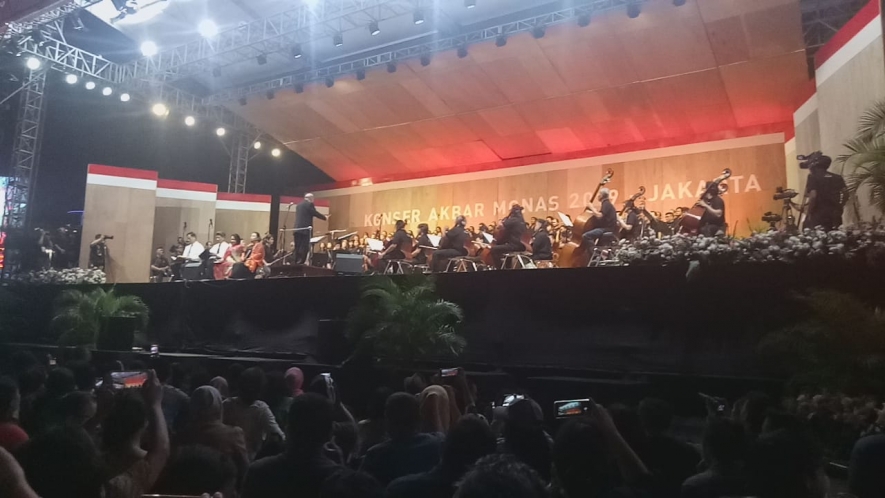 The first ever open space concert of classical music was held in Jakarta or even in Indonesia. The Concert entitled Konser Akbar Monas 2019 (Monas Grand Concert 2019), was held by Jakarta Simfonia Orchestra and Jakarta Oratorio Society at Southeast Park of Monas, Jakarta on Sunday night (Sept 8). The event was supported by the Jakarta Provincial Government. Chief Executive of the Monas Grand Concert, Timothy Siddik to reporters before the concert said the classical music concert was aimed to show the diversity of Indonesia to the world.

"We hope that the people abroad can see that Indonesia is a beautiful country, not only from one group of people, but from the diversity. If the beauty comes only from one color or one sound like music, it is only homogenous beauty. The diverse beauty results a very beautiful performance, said Timothy Siddik.

Timothy Siddik also hopes that classical music can not only be enjoyed by certain groups, but also by the general public from various groups. Konser Akbar Monas 2019 featured at least 60 musicians and 100 singers from the Jakarta Simfonia Orchestra (JSO) and the Jakarta Oratorio Society (JOS). The concert which was held free of charge played Indonesian songs and European Classical musics of famous composers such as Beethoven, Mozart, Strauss and Suppe. Attending the concert were Jakarta Governor Anies Baswedan, Minister of Marine and Fishery Susi Pudjiatuti and some Heads of Representatives of friendly countries. (VOI/AHM)