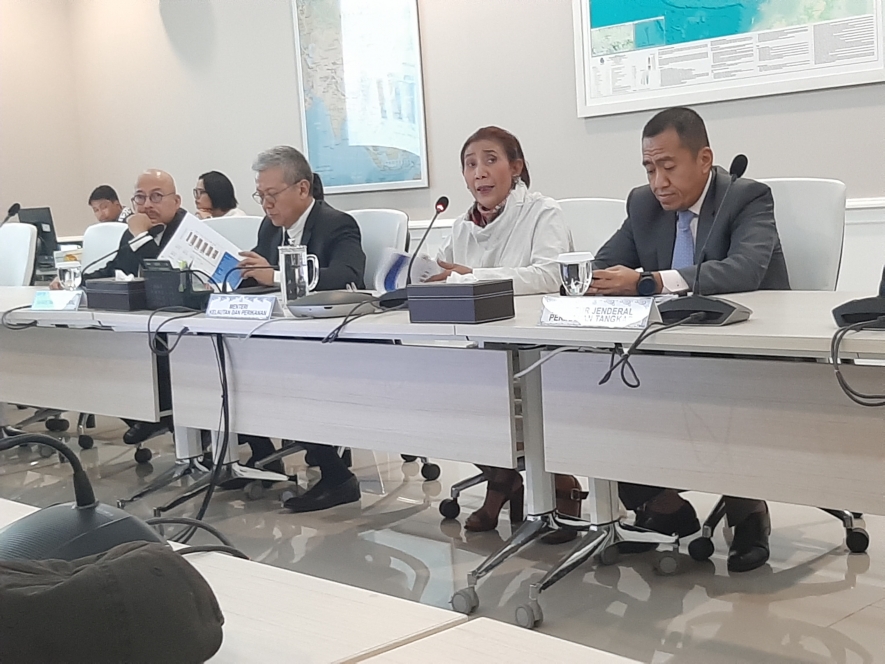 Minister of Maritime Affairs and Fishery, Susi Pudjiastuti in a press conference on the Performance Achievement of the Ministry 2019 in Jakarta on Monday (9/9) VOI-AGUS SANTIKA

Ministry of Maritime Affairs and Fishery noted the increasing value of Gross Domestic Product of Fishery in the 2nd Quarter 2019 is worth Rp 62.24 trillion compared the same period in 2018 worth Rp 58.58 trillion. Minister of Maritime Affairs and Fishery, Susi Pudjiastuti stated when giving explanation related to Performance Achievement of the Ministry 2019 in Jakarta on Monday (9/9), that growth rate of Fishery’s GDP of Indonesia in the 2nd Quarter 2019 reached 6.25 percent. The figure is higher compared the same period in 2018, which was only 4.83 percent.

“The 2nd quarter contribution of fishery GDP was based on price  2014-2018. The price is revised by ministerial regulation. We hope with the revision of the regulation, its value will increase, because the price is still based on the 2014 price,” said Susi Pudjiastuti.

Minister Susi Pudjiastuti further stated that the potential of Fishery GDP can be increased because this year, there are some more.  On the same occasion, she also pointed out that many Indonesian fishing vessels through Citra satellite are parking in Papua New Guinea region. Minister Susi suspected that there are still illegal fish sales on the sea to foreign party. As a result, this is not recorded at her ministry. (VOI-Gus/Trans-Yati)