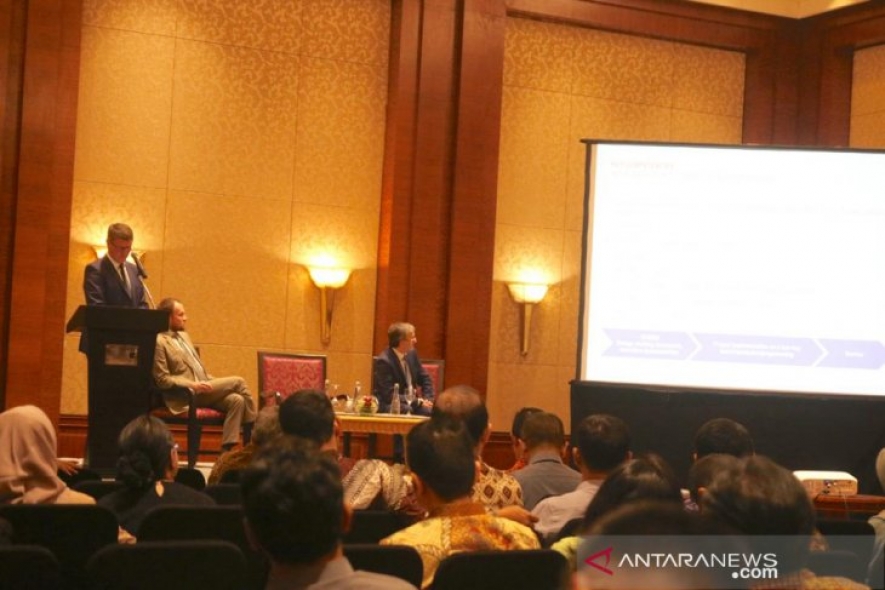 Bezrukoz noted that six Russian tech companies and two university representatives that he presented during today's meeting were drawn to collaborating with governments, colleges, and companies in Indonesia to develop some technologies as a precautionary measure against cyber threats.

"There are two key sectors that Russia can offer for cooperation, the first being cybersecurity due to the cyber threat that has been a cause for concern for everybody, and our country has an advanced technology on cybersecurity," Bezrukoz, who also led Russia's business delegations, stated.

He explained that cybersecurity technology had become one of the top requirements of not only government bodies but also businesses in various sectors, including banking, services, information and communication, manufacture, construction, as well as oil and gas explorations.

"Russia has a very advanced Smart Government system, and Moscow, for instance, had utilized smart city technology to not only monitor traffic but also other sectors, such as communication," he pointed out.

On a separate occasion, a non-governmental body Indonesia Cyber Security Forum (ICSF) lauded the meeting, as it was believed to offer benefits to not only experts, academicians, practitioners, and companies in Indonesia, the chairman, Ardi Sutedja noted on the sidelines of the event.

He stated that Russia was one of the three countries with the most advanced cyber technology in the world.

"The other two are the United States and China," he added.

For Sutedja, involved in the issue of cybersecurity for years, the meeting had offered not only business cooperation but also an initiative to collaborate on designing a new technology to avoid cyber threats.