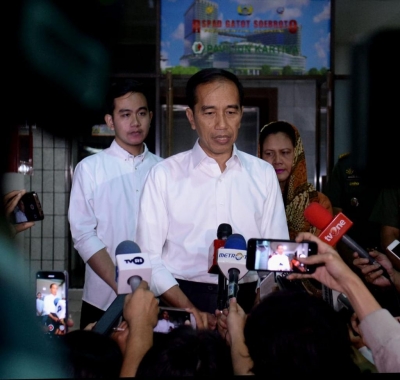 The 3rd President of the Republic of Indonesia, Bacharuddin Jusuf Habibie, popularly known as BJ. Habibie passed away at the Gatot Soebroto Army Central Hospital, Jakarta, Wednesday afternoon (11/9). President Joko Widodo said the government and all the people of Indonesia are in deep condolences for the passing of BJ. Habibie. The president arrived at Gatot Soebroto Army Hospital five minutes after BJ Habibie passed away. He also prayed for the families left behind to be endowed with patience and patience. Habibie could continue in his lifetime.

“Innaa lillaahi wa innaa ilaihi rooj’iuun. May I on behalf of all the people of Indonesia and the government convey our deep sorrow, condolences, for the death of Prof. B.J. Habibie, at 18.05 West Indonesia time at the Gatot Soebroto Army Hospital. Hopefully the family left behind is given patience, and can continue what is aspired by Prof. B.J. Habibie during his lifetime,” said Joko Widodo.

Meanwhile, in a separate place, Minister of State Secretary Pratikno conveyed, the Government asked the people of Indonesia to hoist the Red and White flag at half-mast as a statement of Indonesian grief over the death of BJ Habibie. The appeal was conveyed not only to the public, but also to all government offices and state institutions, both at home and abroad.

More in this category: « The 3rd President of Indonesia, BJ Habibie, Passes Away Hundreds of Muslims in Gaza perform prayers for late BJ Habibie »
back to top
Home