UAE to fulfill investment plan in Indonesia before 2019-end: Minister 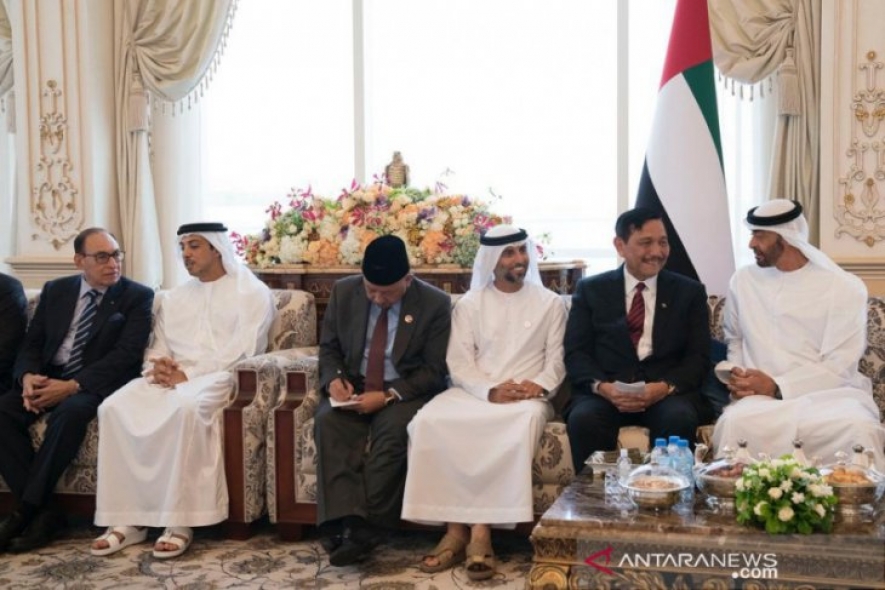 Coordinating Maritime Affairs Minister Luhut Binsar Pandjaitan has made assurance that the United Arab Emirates (UAE) will follow through on its plan to invest in Indonesia prior to 2019-end.

Crown Prince Syekh Mohamed bin Zayed Al Nahyan will hold talks with President Joko Widodo (Jokowi) to discuss the follow-up of the agreements that both nations have reached, Pandjaitan noted in a press statement released on Monday.

"I have had direct communication with Crown Prince Syekh Mohamed bin Zayed Al Nahyan, who pledged to telephonically contact President Joko Widodo on Monday to discuss the follow-up of the agreements that we have made with dialog partners," he noted.

The Crown Prince will also officially invite President Widodo to visit the UAE in January 2020 to attend the opening ceremony of Abu Dhabi Sustanability Week in Abu Dhabi.

Pandjaitan confirmed the receipt of a report by Finance Minister Sri Mulyani from Director General of Financing and Risks Management of the Finance Ministry Luky Alfirman and acting president director of PT Sarana Multi Infrastruktur (Persero) Edwin Syahruzad, who had also joined Pandjaitan during the visit to UAE last week.

Pandjaitan remarked that the finance minister had concurred to visit the UAE to further discuss the issue.

Among the agreements reached during Pandjaitan’s visit to the UAE comprised forming the Indonesian Sovereign Wealth Fund and implementing Abu Dhabi’s investment worth US$1 billion in property project and real estate, including the development of tourist destinations. (ANTARA)