Voice of Vietnam Opens Its Representative Office in Jakarta 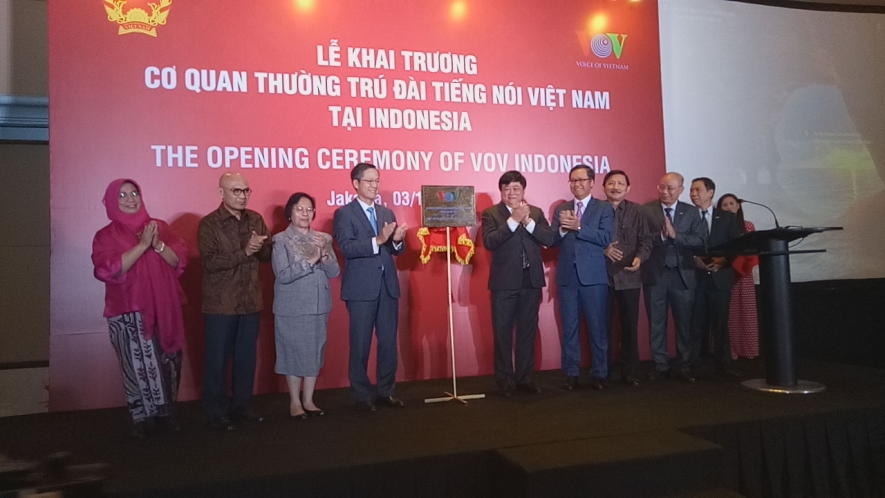 Voice of Vietnam Opens Its Representative Office in Jakarta VOI-ANI

Voice of Vietnam (VOV) Representative Office Jakarta was officially opened by the Director-General of Voice of Vietnam (VOV), Nguyen The Ky in Jakarta, Thursday (03/10). Vietnam's Ambassador to Indonesia, Pamp Vinh Quang, in his remarks said that Indonesia and Vietnam are two countries that have traditional relations for a long time. The two countries have similarities in culture and history in struggling for independence and are active in international forums. According to Quang, the opening of the Voice of Vietnam Representative Office in Jakarta became a new advancement in strengthening cooperation in various fields.

“The opening of the Representative office of the Voice of Vietnam in Jakarta will be a new advancement for Vietnam-Indonesia's strategic partnership. It will further strengthen information not only about bilateral ties between Vietnam and Indonesia but also information about ASEAN and regional cooperation, as I believe that the VOV bureau will be a key part to promote the strategic partnership between Vietnam and Indonesia,” said Pamp Vinh Quang.

Vietnamese Ambassador to Indonesia Pamp Vinh Quang further said that at the end of this year the Vietnamese Embassy in Indonesia would work with institutions in Vietnam and Indonesia to hold the 60th anniversary of President Ho Chi Minh's visit to Indonesia in 1959 and President Sukarno's visit to Vietnam in the same year. The commemoration will be enlivened by workshops and photo exhibitions in Jakarta, Yogyakarta, and Bali. Present at the inauguration ceremony were ASEAN Deputy Secretary-General for Politics and Security Hoang Anh Tuan; Directorate General of Asia Pacific and Africa, Ministry of Foreign Affairs, Desra Percaya; and representatives of Radio Republik Indonesia and Voice of America. (VOI / AHM / edit r)