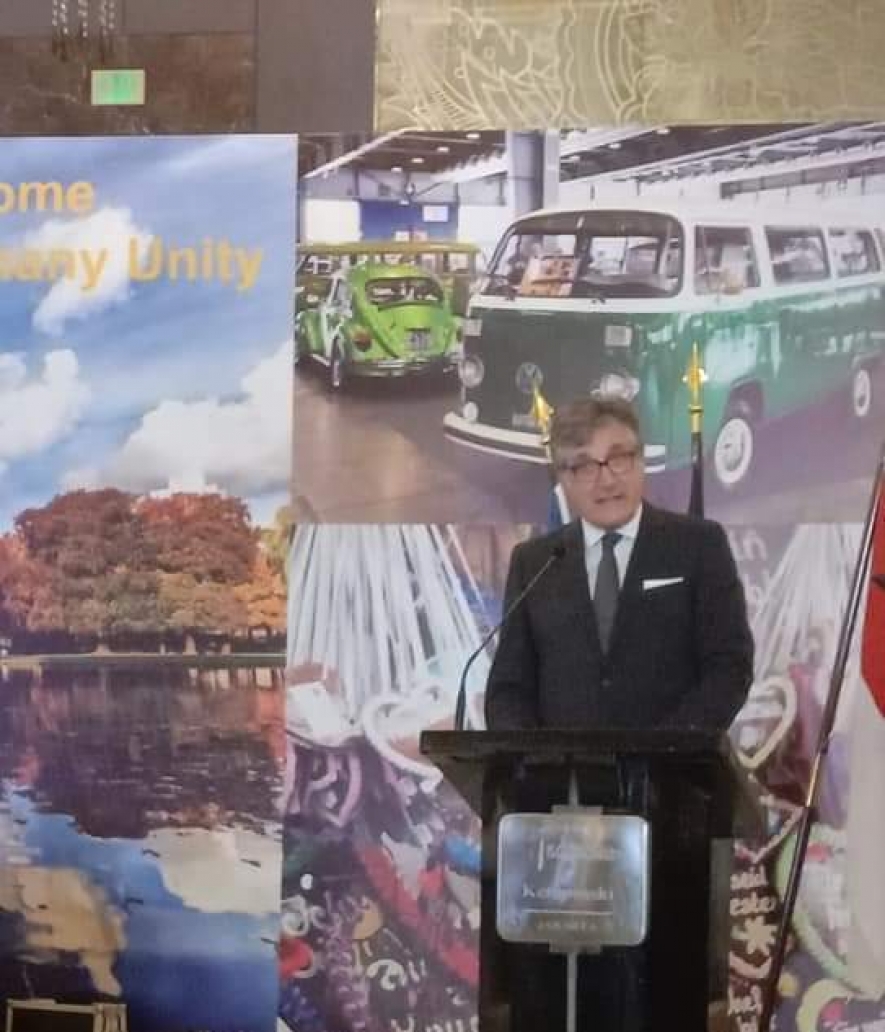 Ambassador of Germany Peter Schoof at the celebration of German Unification Day in Jakarta, Thursday (03/10). VOI-UNUN

Indonesia and Germany will be together in the United Nations Security Council (DK-PBB) in the coming years. Indonesia is a traditional German friend. The two countries have responsibilities not only at the United Nations but also in various international forums such as the G-20. This was conveyed by Ambassador of Germany Peter Schoof at the celebration of German Unification Day in Jakarta, Thursday (03/10). Peter Schoof also said Germany along with the European Union would fight hard for the achievement of a comprehensive economic partnership agreement between Indonesia and the European Union.

“We also in the coming year will be trying to send a strong signal for free trade. We in Germany together with our friends in the European Union will do everything to really make progress on the way for a comprehensive economic partnership agreement between Indonesia and the European Union. And I hope that the fight of some controversial issues which we discuss very often, you know what I am talking about, we hope to overcome them and to bring the negotiations towards success,” said Peter Schoof.

Ambassador Peter Schoof further said that the appointment of Indonesia as an official partner in the Hannover Messe Industrial Exhibition in April 2020 was an important stage for bilateral cooperation between Indonesia and Germany and was a strategic moment for Indonesia to move towards industrial countries 4.0, (VOI / AHM)