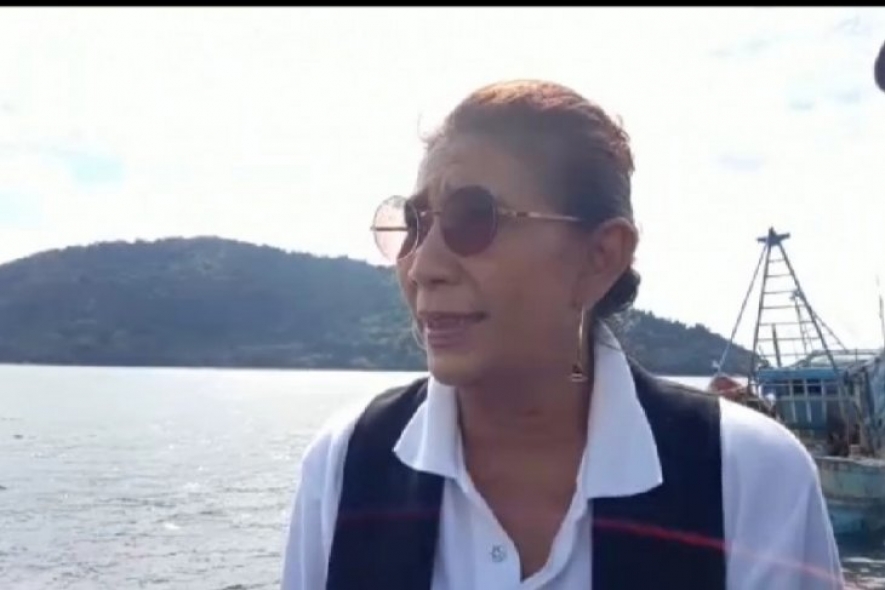 The minister led the sanction to sink the foreign vessels mostly from Vietnam, by making holes in the boats' hulls and fill them with sea water.

The sinking of the foreign boats is a punishment imposed by the Indonesian Government as a deterrence to poachers operating in Indonesian waters.

"Now, Indonesia's marine products have doubled since the strict punishment is imposed by sinking the vessels (fishing illegally in Indonesian waters)," the minister said.

Fishing using methods in accordance with the existing regulations has helped increase the country's fish stock, and surge earnings of traditional fishermen.

Of the 21 foreign fishing boats, 18 vessels were sunken in Tanjung Datok waters, and three in Paloh waters, she said.

The ministry also planned to sink nine foreign vessels in Natuna, six in Batam, and six in Belawan, according to the minister.

In total, there are 41 foreign fishing boats which have been convicted for illegal fishing activities in Indonesian waters. Several of the vessels have been sunken, and the rest will follow soon.

Indonesia has been blessed with abundant maritime natural resources that can make other countries envious.

This prompts several other nations to carry out illegal fishing activities in Indonesian waters.


The government has claimed that the illegal fishing activities in the country's waters has caused a loss of hundreds of trillions of rupiahs a year to the state.

The war against illegal fishing activities has been spearheaded by Maritime and Fisheries Minister Susi Pudjiastuti with the support of other parties, particularly the Indonesian Navy.

The government has even set up an Illegal Fishing Eradication Task Force (Task Force 115) to combat poaching in Indonesian waters.

The Task Force 115 has made a synergy with other agencies and institutions in its operation. (ANTARA)