US Companies Focus on Enhancing Cooperation with Indonesia 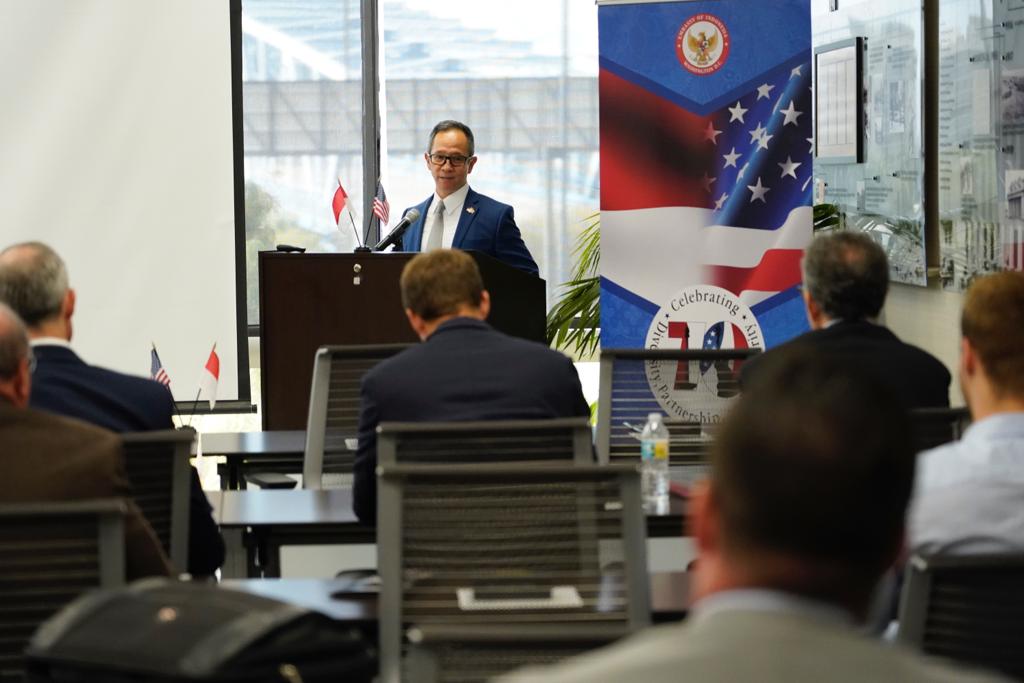 Leading companies from Florida, United States expressed wishes to focus more on cooperating with companies in Indonesia and further increase the value of trade and investment between the two countries. The wishes also received support from members of the United States Congress representing various districts in Florida and Florida high officials who attended the seminar at the JAX Chamber Jacksonville with the theme "The 70th Anniversary of Indonesia and US Relations: Ways to Move Forward" in Jacksonville, Florida, United States on Tuesday (1/10).

The seminar was aimed at enhancing trade cooperation between Indonesia and America, particularly Florida and Jacksonville City and was held in collaboration with the Indonesian Embassy in Washington DC, Consulate General in Houston, and Representative Member of the District Three Congress in Florida, Ted Yoho. The seminar was also attended by Florida District Four Congress member -John Rutherford, officials in the Florida government offices and Jacksonville City and more than 70 businesspeople both from Indonesia and from various regions in Florida.

In his remarks, Ambassador of the Republic of Indonesia to the United States, Mahendra Siregar invited all businesspeople to actively explore efforts to establish a sustainable business ecosystem between Indonesia and Jacksonville City. Ambassador Mahendra also said that Florida as chosen as the venue for the business forum, it was one of the five states in the United States, with the highest trade value with Indonesia.

Ambassador Mahendra also invited Florida businesspeople to attend the Trade Expo in Indonesia on October 16-20 2019. Congressman, Ted Yoho said that the business forum was aimed at promoting Indonesia to businesspeople from Florida. He also said that Indonesia and the United States have many principles in common that could be the basis for strengthening trade cooperation, security politics in the ASEAN region and educational cooperation.

Meanwhile, Florida District Four Congress member, John Rutherford said that Jacksonville City with a very complete logistics infrastructure is ready to collaborate in various fields with Indonesia. The business forum continued with a field visit so that Indonesian business people had the opportunity to obtain first-hand information about the operations of several leading companies in Florida: Jacksonville port operator -Jaxport, and LNG Management Company in Jacksonville -JAX LNG and the expedition company -TOTE Maritime.

More in this category: « Diplomatic Corner TODAY IN HISTORY »
back to top
Home