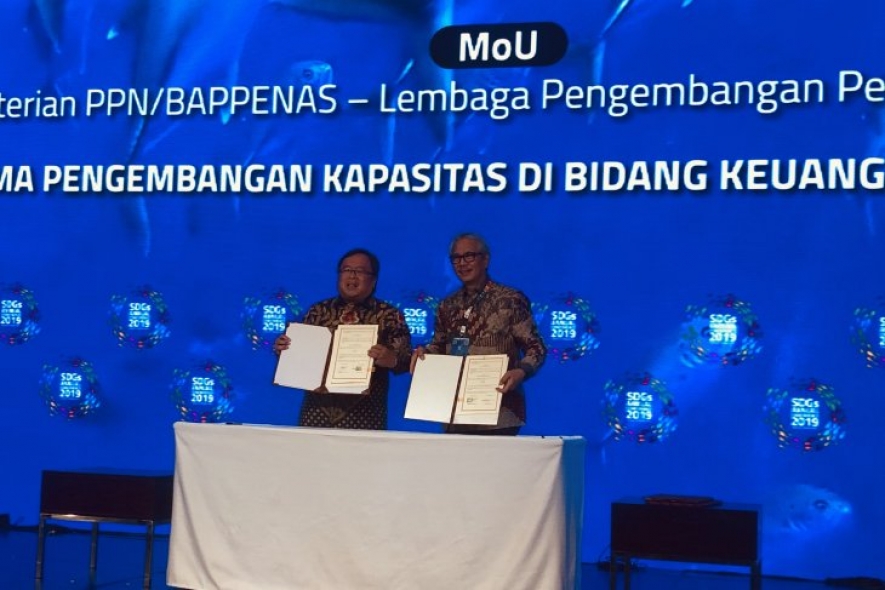 The National Development Planning Ministry/the National Development Planning Board (Bappenas) has signed Memorandums of Understanding (MoUs) with several ministries and private parties to help achieve 17 targets of the sustainable development goals (SDGs). "In essence, we involve non-government and government institutions to achieve (the targets of SDGs," National Development Planning Minister/Bappenas Head Bambang Brodjonegoro said while signing the MoUs with several ministries and private parties during the conclusion of SDGs Annual Conference 2019 in Jakarta, Wednesday. One of the MoUs is between Bappenas and Ministry of Villages, Disadvantaged Regions and Transmigration. The MoU deals with ways to accelerate the achievement of SDGs through a pilot rural development project under the social impact financing scheme. "The MoUs are signed with fellow ministries. Through the cooperation with the Ministry of Villages, Disadvantaged Regions and Transmigration, we find ways to scale up the best practices, and then multiply and replicate them at a village level," he said. To achieve the targets of SDGs, Bappenas also teams up with private parties including PT Unilever and PT Sarana Multi Infrastruktur without altering the aims of their businesses, he said. "We give freedom to the private parties to determine which goals are more important according to them. We show them programs we will achieve and allow them to choose programs in which they will be involved. So it depends on them to set the funding we need," he said. The signing of MoUs with private parties should not be viewed through the amount of funds, he said. Through the MoU, the government wants to change the notion that they continue their businesses and make a profit as usual while fulfilling SDGs. (ANTARA)