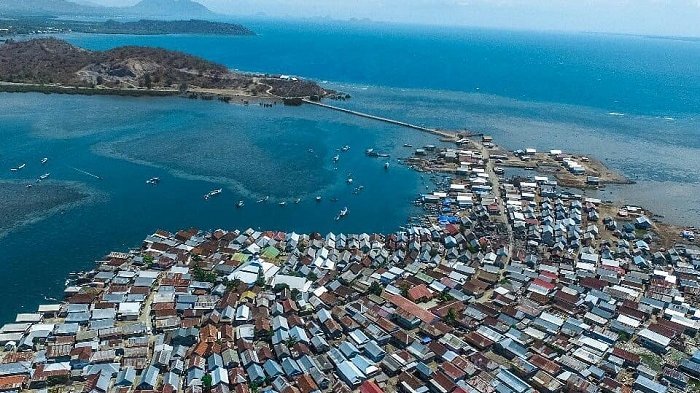 Meanwhile, maritime boundaries with other neighboring countries have only been determined by setting the boundaries of the continental shelf and part of the territorial sea boundary (Territorial sea). The completion of Indonesia's maritime boundaries with neighboring countries has been a priority program since the beginning of reform era. However, the process looks slow, and until now the determination has not been completed.
Indeed, it is not easy to negotiate with various countries related to the borders among the neighboring countries. There are several reasons why the negotiation of maritime boundary has been in a slow process. The first cause is that the boundary line must be agreed upon by the two sovereign states. This means that the shared principle must be carried out by both parties. Second, boundaries are related to sovereign ones. Thus, the two countries have to be very careful because once a border is established; it can no longer be questioned. Third, international law on maritime borders, even the 1982 UNCLOS (The United Nations Convention on the Law of the Sea), has not provided standard norms to guide countries to determine a just and acceptable borderline for both parties.

The Indonesian government keeps encouraging the acceleration of Indonesia's maritime border agreements with the 10 neighboring countries. In fact, Indonesia has made accelerating negotiations on the determination of maritime boundaries as one of the priorities of foreign policy.

In accelerating negotiations to determine maritime boundaries, the Indonesian government must not stick on the legal aspect. The more important point is to establish good bilateral relations with other countries. Because good relations between the two countries are one of the factors that influences the acceleration of the border negotiations.

More in this category: « Kashmir dispute involving India, China and Pakistan will not end Coalition Map Ahead of President and Vice President Inauguration »
back to top
Home