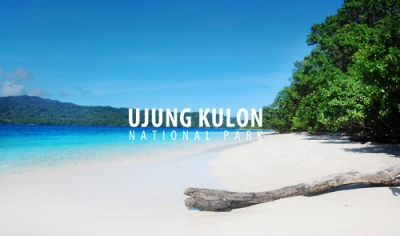 Ujung Kulon is the oldest national park in Indonesia, which was inaugurated as one of World Heritages, that has been protected by UNESCO since 1991, because its area includes very large protected forest. Until now, there are more than 50 rhinos which live in this habitat. Earlier, Ujung Kulon was agricultural area. But finally, it was destroyed when Mt. Krakatau erupted on August 27, 1883, which changed the area to become forest again. Ujung Kulon was explored for the first time by botanist from Germany, F. Junghuhn in 1846 to collect tropical plants. At that time, wealth of flora and fauna of Ujung Kulon have begun to be known by scientists. Although, the eruption of Mt. Krakatau has swept Ujung Kulon area, several years later, the ecosystem-vegetation and wild animals in  Ujung Kulon grow well and fast. Thus, some areas are determined as protected areas. National Park area of Ujung Kulon is administratively located at Sumur and Cimanggu district, Pandeglang regency, Banten province. In late 2018, Ujung Kulon National Park was hit again by tsunami which destroyed parts of the area. However, within three months, 70 percent of the area has been restored by provincial government of Banten and proposed as UNESCO Global Geopark by Tourism Office of Banten province which is fully supported by Indonesian Tourism Ministry.

“…I will support national geopark proposal of Ujung Kulon. We hope this year, Ujung Kulon will be National Geopark. I instructed it to the party at Tourism Ministry. Requirement, which is not fulfilled yet, is master plan but we are still lucky because its proposal is postponed until October. So, we hope this year it becomes National Geopark and next year, Ujung Kulon will have become UNESCO Global Geopark.” Minister Arif Yahya said.

National Park which is well known with symbol “One-horned rhinoceros” becomes one of tourism destinations which should be visited if you are in Banten. The entrance ticket to the park can be obtained at National Park office in Labuan or at Tamanjaya post. If you want to stay at night, you can rent lodging at Tamanjaya village, Handeuleum and Peucang Island.