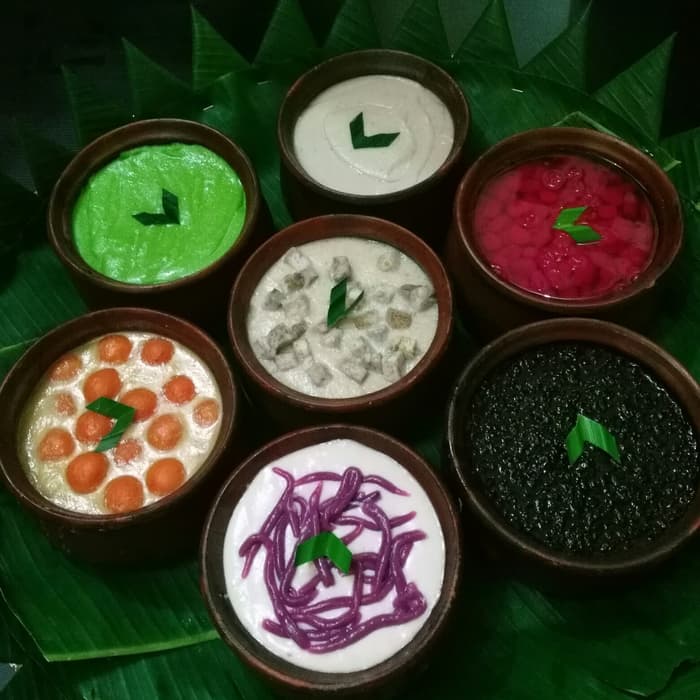 Porridge is one of Indonesian foods which has been known since long time ago. It is made from rice and various kinds of flour. There are various kinds of porridge with typical taste of sweet or salty flavor in each region. The culinary are many found in various cities in Indonesia. If you visit Surabaya, East Java, you have to tr Madura porridge.

Madura porridge consists of some kinds of porridge which combine in one portion such as sumsum, black glutinous rice, candil and mutiara porridge. Sumsum porridge is made of rice flour. While,  candil is made of a mixture of rice flour and boiled sweet potato. The dough of candil is formed circle with various sizes according to the taste. Then, main ingredient of black glutinous rice and mutiara flour are mixed become black glutinous rice and  mutiara porridge. When being served, those porridge are smeared with thick coconut milk which is savory and liquid palm sugar. When being eaten, the mixture between savory taste of sumsum porridge and coconut milk directly blend with the sweetness of palm sugar sauce. The sweetness and savory taste will make everybody addicted to the Bubur Madura.

The famous center of Madura porridge in Surabaya located in Pasar Atom, precisely on the ground floor of the Pasar Atom building. At this market you can find some vendors of Madura Porridge, who have been there for more than decades. Usually, the porridge is sold in the morning as breakfast menu. Besides selling Madura porridge, the vendors also sell various kinds of traditional snacks such as klanting, cenil, lupis, ketan, jongkong, talam, tiwul, and biji salak with affordable price, only Rp. 7,000 - Rp. 10,000 per portion.

More in this category: « Bamboo Forest of Alu Village Roti Gambang »
back to top
Home