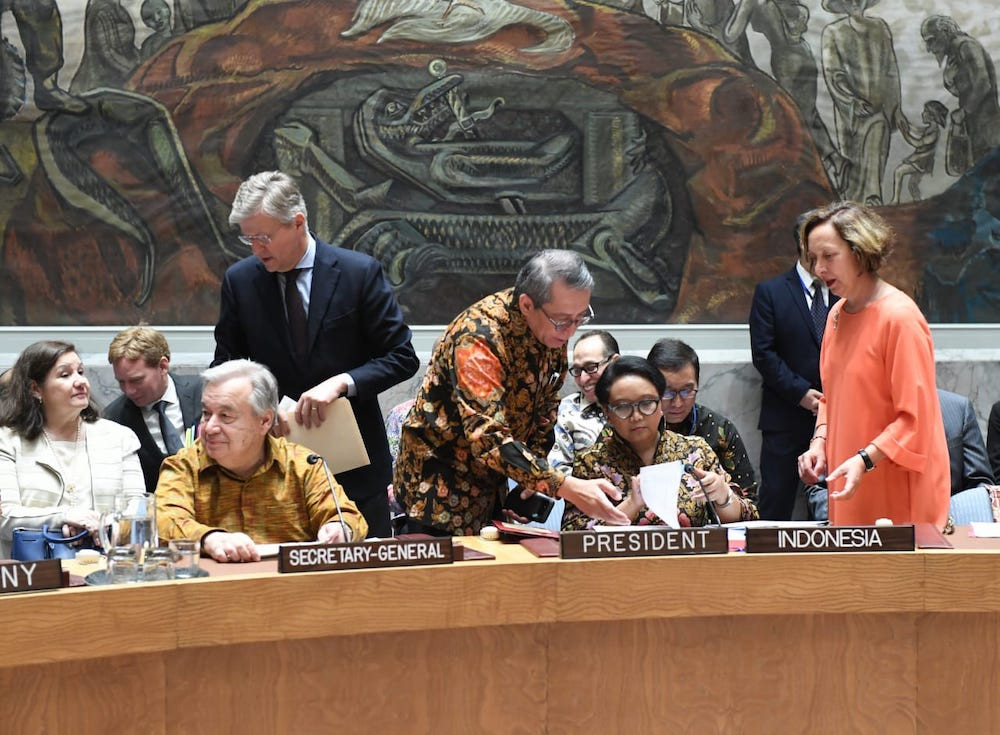 The Indonesian delegation attended the Ministerial Meeting of the Non-Aligned Movement (NAM) in Baku, Azerbaijan on October 23-24. The meeting was attended by more than forty-six NAM member countries from Africa, Asia-Pacific, Europe and Latin America. The Ministerial Meeting was a preparatory meeting for the Non-Aligned Movement Summit held in Baku, Azerbaijan on the 25-26 October 2019.

As quoted on page kemlu.go.id, representing the Indonesian Delegation on the occasion, Indonesian Ambassador to Azerbaijan, Husnan Bey Fananie emphasized the importance of the principle of multilateralism. He viewed that the NAM member states must unite to find solutions to global issues. The Indonesian delegation also called for the importance of NAM reforms in strengthening work effectiveness and the NAM response in the challenges of the contemporary world.

The meeting successfully approved the Non-Aligned Movement Final Document which will then be adopted at the NAM Summit meeting. After more than 5 years, ASEAN has finally succeeded in updating the paragraph on the South China Sea in the NAM Final Document.

In the opening session, Venezuelan Foreign Minister, Jorge Arreaza handed over the position of chairman of the Non-Aligned Movement to Azerbaijan's Foreign Minister, Elmar Mammadyarov. In his opening remarks, Minister Elmar Mammadyarov said that it’s important to respect the sovereignty and territorial integrity of the sovereign state. Furthermore, he emphasized the importance of upholding the principles of Dasasila Bandung as a basis for the NAM movement. The main issues discussed by member countries are about international and regional peace and security, support for Palestinian independence, the importance of international cooperation and the philosophy of multi-lateralism, climate change, and the Sustainable Development Agenda.