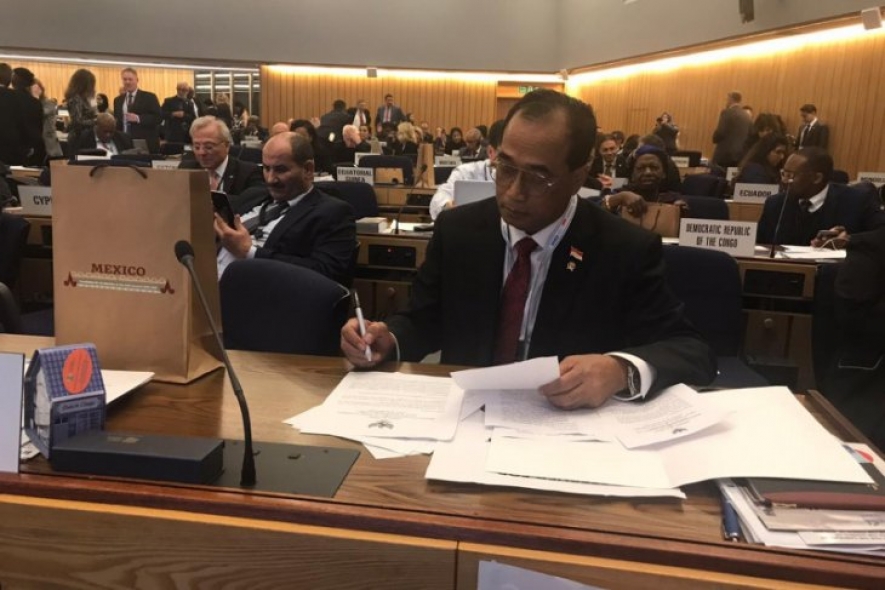 Indonesia's Transportation Minister Budi Karya Sumadi, in his address at the 31st Session of the International Maritime Organization (IMO) Assembly in London, extended support to the IMO for maritime safety maintenance. As the sole multilateral cooperation platform tasked with maintaining maritime safety and security in the world, the IMO had contributed myriad benefits to the international community for the protection of oceans, the minister stated while quoting the ministry's statement on Wednesday. He reaffirmed Indonesia's pledge to shipping safety and security as well as protecting the ocean environment from plastic waste, among others. "Shipping activities have enabled significant growth in global trade and economy, so several countries, including Indonesia, have managed to boost and improve their social and economic positions," he remarked while addressing delegates of 173 nations during the IMO session held from Nov 25 to Dec 4, 2019. As an IMO member country since 1961 and a dedicated board member since 1973, Indonesia has and will partake in a continual and active manner to propel the implementation of the IMO conventions, standard, and guidelines, Sumadi stated. In the course of the past two years, Indonesia, as an IMO Board member, had submitted proposals, among other things, a proposal on Traffic Separation Scheme (TSS) in Sunda and Lombok Straits adopted by the Maritime Safety Committee during its 101th meeting last July. The minister also informed the Assembly that Indonesia held a short course on Non-Convention Vessel Standard in early November 2019 in which the participants comprised representatives from Brunei Darussalam, Cambodia, Fiji, Kenya, Maldives, and Timor Leste. He also echoed Indonesia's keenness to be re-elected as member of the IMO Council category C for the 2020-2021 period.   As a specialized agency of the United Nations, the IMO is the global standard-setting authority for safety, security, and environmental performance of international shipping. Its key role is to create a regulatory framework for the shipping industry that is fair and effective, universally adopted, and universally implemented. International shipping transports over 80 percent of the global trade to people and communities worldwide. Shipping is the most efficient and cost-effective method of international transportation for most goods. The world relies on a safe, secure, and efficient international shipping industry, and this is provided by the regulatory framework that the IMO has developed and maintained. IMO measures encompass all aspects of international shipping – including ship design, construction, equipment, manning, operation, and disposal – to ascertain that this vital sector remains safe, environmentally sound, energy-efficient, and secure.//antara.