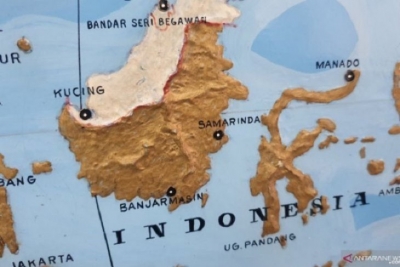 Indonesia's National Development Planning Board (Bappenas) is offering foreign partners an opportunity for cooperating with the Indonesian government to develop a new Indonesian capital city in Kalimantan.

Bappenas is drafting a concept to develop the new capital city as part of the efforts to specify the model of cooperation with foreign partners, Bappenas Deputy for Development Funding Leonard Tampubolon stated in Jakarta on Friday.

"In fact, we are open, but we still have to look at the model of cooperation in detail. The concept is being drafted. Only after the concept is ready, we will see the requirement," he remarked in Jakarta on Friday.

President Joko Widodo (Jokowi) has reached a decision to relocate the capital city of Indonesia from Jakarta to East Kalimantan and to this end appointed Bappenas as coordinator to plan the concept of the new capital city.

Leonard stated that several countries, including Japan, South Korea, and Australia, have offered to cooperate with Indonesia for development of the new capital city under varied financing schemes, including investment, grant, and loan.

"They have inquired which (area of cooperation) they can become involved in. However, we must first look at the details (of the concept) and the model of cooperation," he stated.

Vice President Ma'ruf Amin had earlier remarked that foreign partners offering to cooperate with Indonesia in developing the new capital city should meet qualifications in line with the government's requirements.

"We will choose those with adequate technology in line with the plan and conditions agreed upon," he remarked on Thursday.