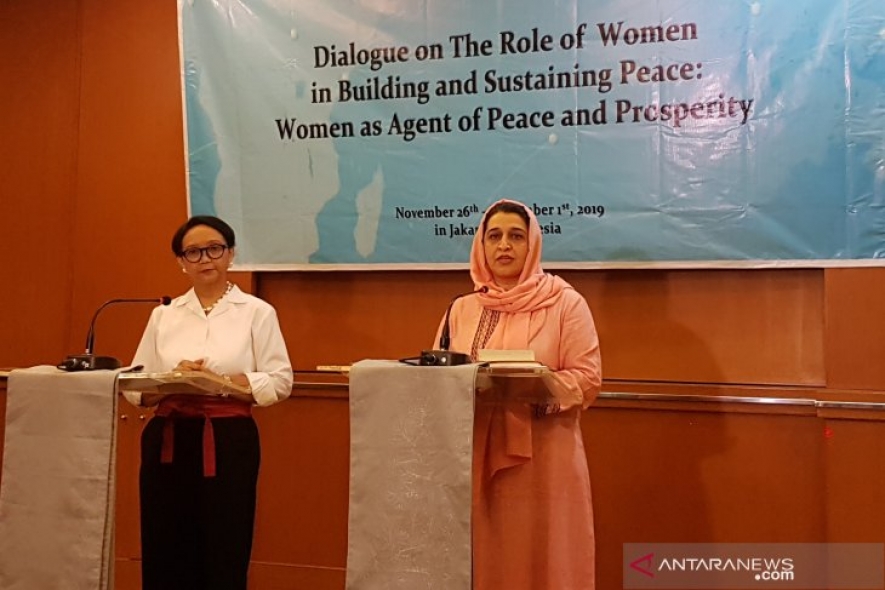 The Afghan government is pursuing Indonesia's support to attain gender equality and sustainable peace in the country. "Quality and effectiveness are indicators of sustainability. When you get quality assistance, nothing can destroy it," Afghan Minister of Information and Culture Hasina Safi remarked during the opening of Dialogue of the Role of Women in Building and Sustaining Peace: Women as Agent of Peace and Prosperity in Jakarta on Friday. Safi noted that Afghanistan held in high regard Indonesia's commitment to building sustainable peace in the country plagued by wars and conflicts since the past four decades. However, currently, the Afghan people, especially women, require concrete cooperation that can be implemented by all sides, ranging from experts to the grassroots level, in a way that they can contribute to sustainable development and peace, she explained. The effort must be based on local resources, so that the Afghan community will not continue to depend on international aid, she stated. "We realize that the world will not help Afghanistan continuously. We must think of ways to become self-reliant," she pointed out. "We must prepare a wooden pen for ourselves rather than expect a golden pen from other people," she emphasized. Hence, she is upbeat that the dialog, held through cooperation with Indonesia, would lead to steps that can be linked to the policies and laws of Afghanistan. In the meantime, Indonesian Foreign Minister Retno Marsudi highlighted the significance of upholding and boosting the culture of peace and tolerance. From Indonesia's point of view, the culture of peace is an integral approach to thwarting violence and conflicts.