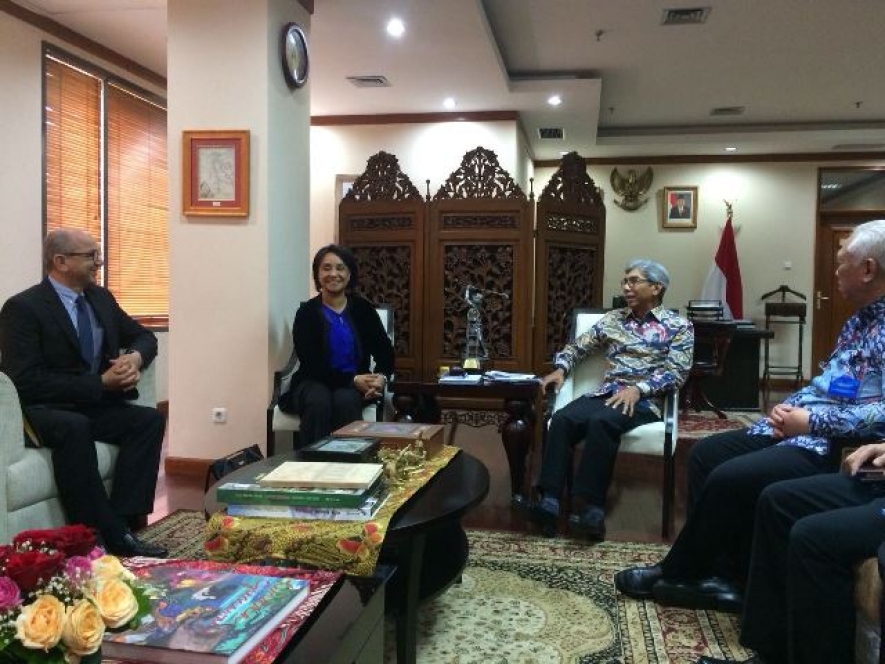 Indonesia and Morocco are seeking to collaborate in promoting moderation and interfaith dialogue. The development of the two countries is very possible because both countries have been running the program in respective country. This was conveyed by the Indonesian Deputy Minister of Foreign Affairs A.M Fachir to the media after his bilateral meeting with Morocco's Deputy Foreign Minister Mounia Boucetta at the Ministry of Foreign Affairs of the Republic of Indonesia on Tuesday, 13 February.

"We also discussed how to promote moderation. So they also have the program. We have a program as well. Both promote the continuing moderation then interfaith dialogue. We have the same program which can then be collaborated between Morocco and Indonesia. And we may also share it with other countries, "Mounia Boucetta said.

In addition, on the same occasion, A.M Fachir also said that Morocco is eager to become a sectoral partner of ASEAN. Therefore, in his bilateral meeting with Morocco's Deputy Minister of Foreign Affairs, Mounia Boucetta seeks to identify potential sectors to be developed by both countries and other ASEAN member countries. (VOI/Rezha/AHM)