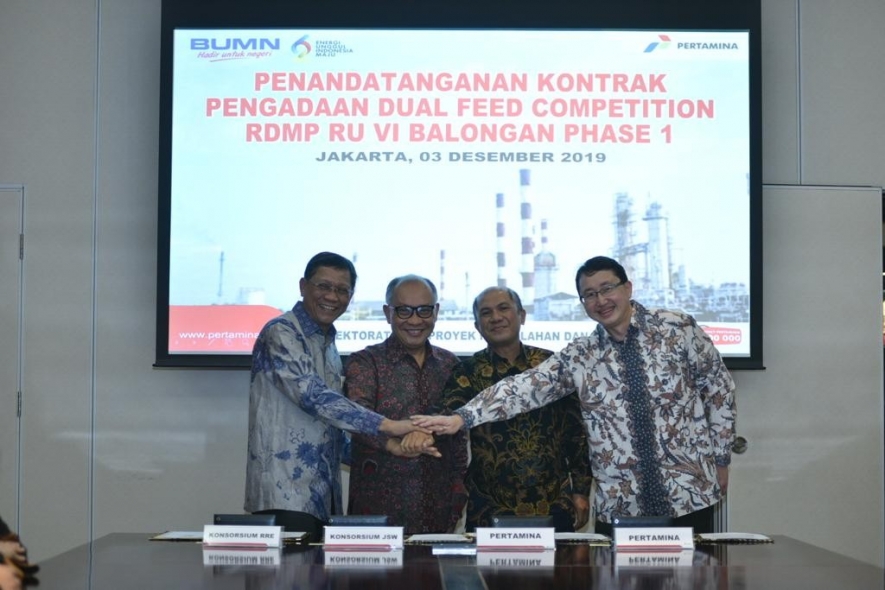 State-owned oil giant Pertamina signed up on Wednesday two consortiums that will compete against each other to win a contract for upgrading the Balongan oil refinery in West Java.

Pertamina will use a Dual Feed Competition scheme whereby the oil company will receive a Front End Engineering Design (FEED) from both consortiums then automatically grant the contract to whichever team submits the best design. Normally, a company would hold a second bid to grant the contract.

“With this scheme, Phase 1 of the Balongan refinery can be completed faster, or within two and a half years,” Pertamina president director Nicke Widyawati said in a statement.

The company previously said it expected the Balongan refinery to begin Phase 1 operations by 2022. Once upgraded, the facility will have an installed capacity of 150,000 barrels per day (bpd).

Pertamina megaprojects director Ignatius Tallulembang told reporters on Nov. 7 that the company planned to announce the winning bidder in December.

Implementing the new scheme is one of Pertamina’s strategies to accelerate upgrading four major refineries as per its Refinery Development Master Plan (RDMP). Pertamina will next implement the scheme for the three remaining major refineries, which are the Balikpapan, Dumai and Cilacap refineries, as Indonesia moves to reduce oil imports by increasing domestic oil production, building refineries and producing biofuels.