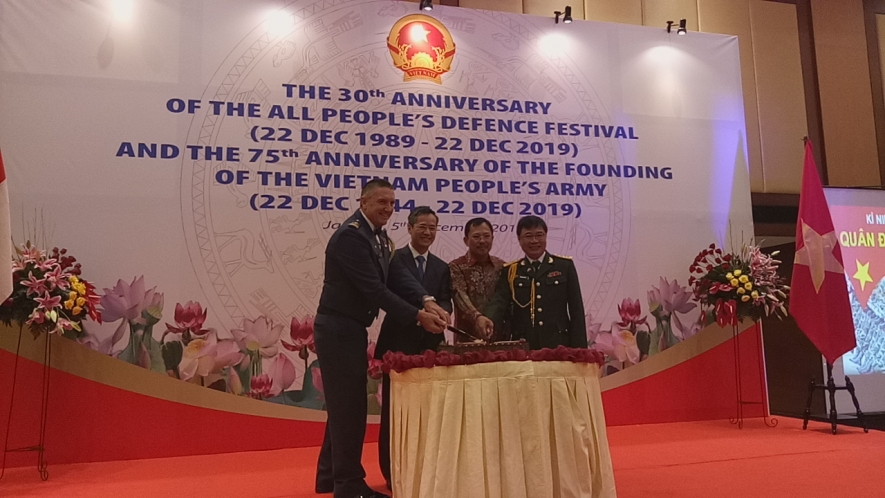 Military and defense relations between Indonesia and Vietnam have improved. This was said by the Defense Attaché of the Vietnamese Embassy in Jakarta, Colonel Nguyen Tuan Duc, during the 75th anniversary of the establishment of the Vietnam Armed Forces in Jakarta, Thursday (05/12). He stressed that Indonesia and Vietnam had collaborated in the defense and military fields. This can be addressed in the statement of the vision of defense cooperation between the two countries signed in 2017.

“The defense and military relation between Vietnam and Indonesia have been strengthened and developed, by the signing of MoU with Indonesia, MoU with Vietnam in 2010, and statement of the vision of defense cooperation between the two countries signed in 2017. Many contain areas of cooperation have been realized more and more substantially and effectively,” said Colonel Nguyen Tuan Duc.