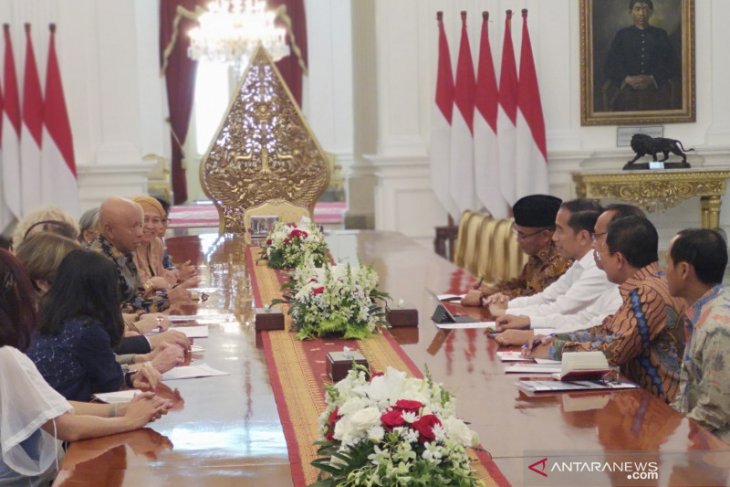 President Joko Widodo (Jokowi) received a delegation of the World Stop TBC Action at the Merdeka Palace in Jakarta on Monday. (ANTARA)

President Joko Widodo (Jokowi) received a delegation of the World Stop TBC Action at the Merdeka Palace in Jakarta on Monday.

At the meeting, Coordinating Minister for Human Development and Culture Muhadjir Effendy, Minister/State Secretary Pratikno, and Health Minister Terawan Agus  Putranto accompanied President Jokowi, while the Stop TBC Action delegation was flanked by Chief of the Stop TB Partnership Forum for Indonesia (FSTP) Arifin Panigoro.
The global tuberculosis report published by the World Health Organization (WHO) showed that no single country is free from the disease.

In 2017, an estimated 842 thousand Indonesians had contracted TB caused by the mycobacterium tuberculosis, of which 23 thousand developed drug resistance to the disease.

Almost 75 percent of TB sufferers in Indonesia are from the productive age group.
The situation is a threat to fulfilling one of the agenda of the medium-term development plan 2020-2024 in which the country is striving to improve the quality and competitive edge of human resources.

TB is a global disease found in every country in the world. It is the leading infectious cause of death worldwide.