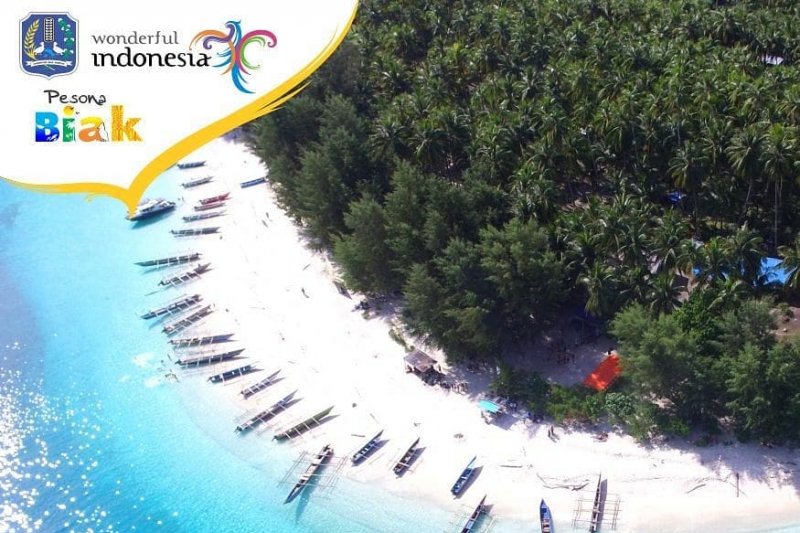 Biak Numfor is one of regencies in Papua province, Indonesia. The regency consists of 2 small islands namely Biak and Numfor Island, including more than 42 tiny islands, such as Padaido Island which becomes the main development activities of many people.

Padaido comes from local language which means the beauty that is unrevealed. According to a research which was conducted by Biodiversity Conservation Network, Padaido Island is one of places whose biodiversity of coral ecosystem is the largest in the world. Over there, there is coral reef rehabilitation center so that the existence of marine tourism potential on the island is well-ordered.

The island has 95 species of rock and 155 species of fish such as various kinds of sharks and octopus as well as various maritime wealth. Padaido Island is a cluster of rocky islands consisting of 30 islands in Pacific Ocean on the Eastern part of Biak Island.

Trip to cross the sea takes around 3 hours. Along the trip, you can see some dolphins which appear on surface of Blue Ocean. It looks beautiful.

If you go to Padaido Island, you have to be careful when low tide. The low tide can endanger ship or boat because there are many kinds of rock surrounding the sea.

On Padaido Island, you can see beautiful undersea scenery such as cave. To see the cave, you have to dive until 12 meters deep.

In addition, you can also see shipwreck, carcasses of aircraft and some ex-war equipment. We suggest you to dive in the sea when hot weather so that reflection of sunlight can illuminate to the depth of 15 meters. So, you do not need carry searchlight.

If you want to stay at night, you can stay near Padaido Island. The lodging is not luxurious, but it can be comfortable place to stay there.

More in this category: « Akkarena Beach GEMBUS, CULINARY FROM GOMBONG, CENTRAL JAVA »
back to top
Home