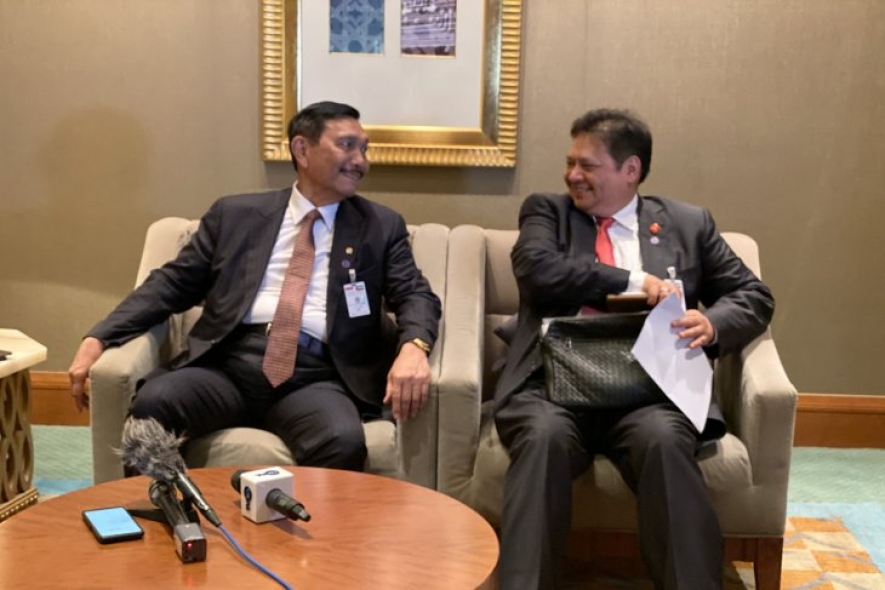 Abu Dhabi - Indonesia and the United Arab Emirates (UAE) have struck the largest deal in the country's history, with the inking of 16 cooperation agreements constituting five government-to-government deals and 11 businesses-to-business deals. "The term was used by the president, who told the Crown Prince that it is the biggest deal in Indonesia's history, reached in a short period of time with a Middle-East nation, notably the UAE," Coordinating Minister for Maritime Affairs and Investment Luhut Binsar Panjaitan stated in Abu Dhabi, on Sunday night after accompanying President Joko Widodo (Jokowi), who visited the Palace of Qasr Al Watan as part of a state agenda. Jokowi on Sunday held a meeting with the Crown Prince of Abu Dhabi Sheikh Mohammed bin Zayed Al Nahyan at the Qasr Al Watan Palace in Abu Dhabi, UAE. The two leaders witnessed the exchange of 16 cooperation agreements between the Indonesian and UAE delegations.

The five cooperation agreements comprised five intergovernmental agreements in the fields of religion, education, agriculture, health, and counterterrorism. Furthermore, 11 business agreements were inked, including in the fields of energy, oil and gas, petrochemicals, ports, telecommunications, and research, with an estimated total investment worth US$22.89 billion, or some Rp314.9 trillion. In addition to economic cooperation, President Jokowi stated that Indonesia was keen to make the UAE a partner in the propagation of modern, moderate, and tolerant Islamic education. The coordinating minister averred that he along with State Enterprises Minister Erick Thohir, Coordinating Minister for Economic Affairs Airlangga Hartarto, and Foreign Minister L. P. Marsudi will coordinate to materialize those cooperation agreements between both nations. Pandjaitan remarked that President Jokowi had appointed him to lead a team to facilitate the materialization of the cooperation agreements projected to be completed within a seven-month period. (ANTARA)