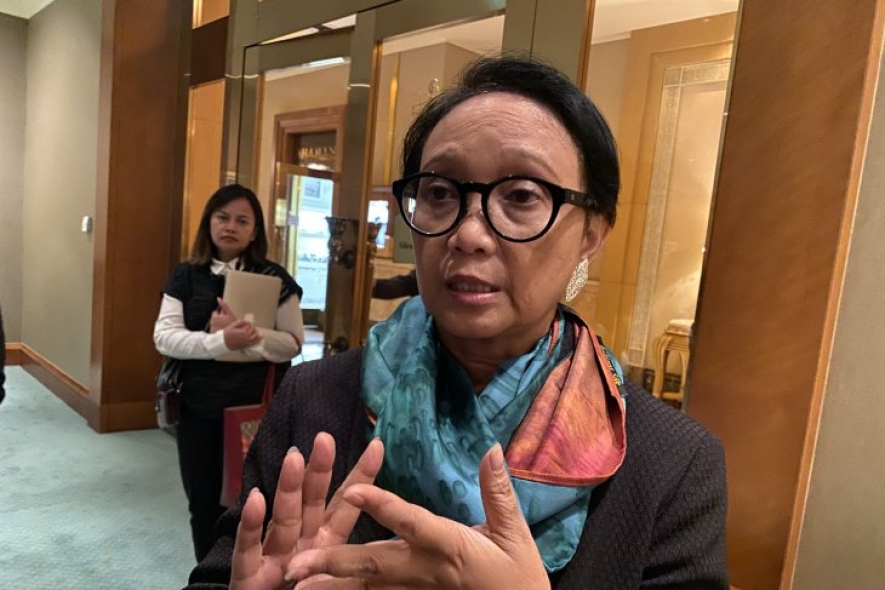 Abu Dhabi - Indonesia and the United Arab Emirates (UAE) expect the political tensions in the Middle East region to decrease after a U.S. airstrike killed Iranian General Qassem Soleimani. "We exchanged ideas, I met with the UAE Foreign Minister and we discussed that. We don't want the situation in the Middle East to get worse," Foreign Minister Retno LP Marsudi said at the Emirates Palace Hotel in Abu Dhabi Sunday night. She was speaking after accompanying President Joko Widodo on a number of state agendas at Qasr Al Watan Palace along with UAE Crown Prince Mohamed Bin Zayed (MBZ). All parties were worried by the rising political escalation in the region, especially the UAE which was close to the conflicting regions, Marsudi said. "I think everyone is worried because they are closer to the conflicting regions. We are also worried about the conflict. The war will not benefit anyone. It will have a definite effect on the world economy," she said. Even the UAE Crown Prince and President Widodo during the meeting also briefly addressed the issue. "Crown Prince Mohamed Bin Zayed and President Joko Widodo discuss the issue, but not much. Because, the discussion focused on the economy," she remarked. If there was a war, the increase in political tensions would be very detrimental. For Indonesia, the most directly affected would be their citizens living abroad, according to Retno. "According to the data, more than 400 Indonesian citizens stay in Iran while the number in Iraq is 800," she said. For this reason, the foreign minister expected the tension could be reduced. However, the foreign ministry had prepared a number of contingency plans including opening a crisis center and hotline that could be contacted at any time by Indonesian citizens. "So, we are trying to send a message to reduce the escalation," the minister said.  (ANTARA)