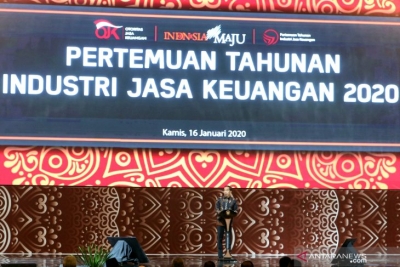 Jakarta - President Joko Widodo (Jokowi) confirmed that electric-powered and autonomous vehicles will ply on Indonesia's next capital city to be located in East Kalimantan. "This is since what we will use later are autonomous and electric vehicles in the city. Others are not allowed," the president noted in his remarks while addressing the Annual Meeting of Financial Services Industry 2020 held in Jakarta, on Thursday. The head of state gave the event’s audience a peek into the planned new capital city through a video presentation. The president affirmed that the new capital city will be based on the concept of Green, Smart, and Comfortable City, as well as Autonomous City. Jokowi expounded that the rationale behind Indonesia moving its capital city was not solely focused on relocation of government buildings but rather a shift to a new mindset, he explained. "What we want to move is a change in the mindset, work patterns, and the system that are all new. We will 'install' the system, so that everything follows the existing system," Jokowi stated. Means of public transportation in the new capital will be operated autonomously and run on electric power to realize values in accordance with the concept, he added. In fact, private cars operating later in the new capital must be electric powered vehicles. Taking into account the geopolitical and geostrategic aspects as well as the readiness of supporting infrastructure and financing, the government has decided that the country's new capital city will be located in Sepaku Sub-district, North Penajam Paser District, and Kutai Kartanegara District in East Kalimantan Province. The land area to be provided for the new capital region spans 256 thousand hectares, with an estimated construction cost of Rp466 trillion. The core area of the capital city will be built on an area of 56 thousand hectares. (ANTARA)