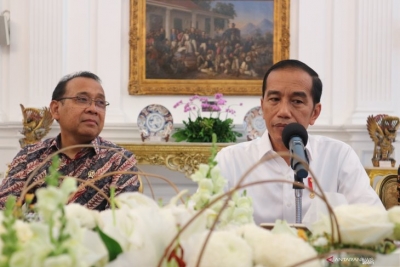 Jakarta - President Joko Widodo (Jokowi) has revealed that Vice Admiral Aan Kurnia will be the next chief of the Indonesian Maritime Security Agency  (Bakamla).

"Mr Aan," President Joko Widodo said in response to the press' questions about the new Bakamla chief, at the Merdeka Palace, here Friday. Kurnia previously served as Commander General of the Indonesian Defense Forces (TNI) Academy. He is an alumnus of the Navy Academy (AAL) of XXXI Class in 1987.

Kurnia will succeed the current chief, A Taufiqoerrochman.

On Thursday, January 16, Jokowi led a Final Assessment Team (TPA) meeting to discuss the appointments of chiefs of several strategic positions including Bakamla. Since September 2018, Bakamla has been led by Taufiqoerrochman, who is turning 60 this year, and will enter his retirement period. (ANTARA)