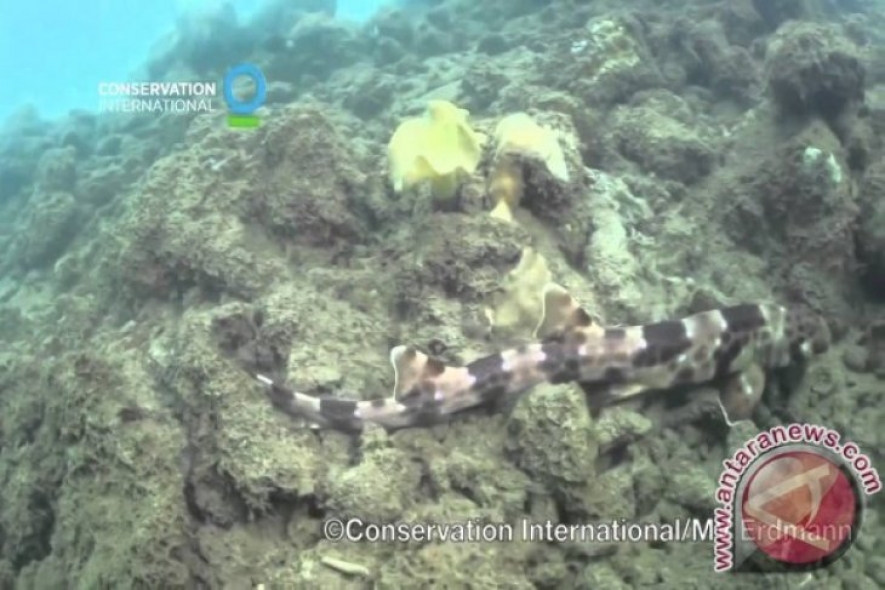 Manokwari, West Papua - A joint research led to the discovery of some species of walking shark in the waters of Raja Ampat, West Papua Province, and Halmahera, North Maluku Province. The joint research was conducted by the Indonesian Institute of Sciences (LIPI); Commonwealth Scientific and Industrial Research Organisation (CSIRO); University of Queensland, Australia; University of Florida, the US; and Conservation International (CI). "Six of the walking shark species in the world can be found in Indonesia. This means Indonesia is home to walking sharks. These species are endemic, so the Indonesian government will need to ensure the preservation of the habitat of these unique sharks," Fahmi, a member of the research team, noted in a statement here on Thursday. The research indicated that walking shark was the latest species to evolve some nine million years ago, thereby making them the youngest shark species as most of them evolved 200 million years ago. "We found that the change in sea levels coupled with new formation of coral reefs and land have played their roles," researcher at the University of Queensland Dr Christine Dudgeon noted. Walking shark species in Indonesia was first discovered in 1824 in Raja Ampat Islands (Hemiscyllium freycinetti). In 2008, two species of walking shark were described: H. henryi from Kaimana and H. galei from Cendrawasih Bay. In 2013, scientists discovered the H. halmahera species in Halmahera. Rather than swim around, these small bottom-dwelling sharks in fact “walk” by using their pectoral and pelvic fins, thereby making it easier for them to poke their heads under coral and rocks in search of small fish, snails, and crustaceans to eat. Senior Director Marine Program Conservation International Victor Nikijuluw stated that coastal activities were not the sole threat to the survival of the species but also land-derived waste and uncontrolled coastal development. "These activities can damage coral reef that has become the main habitat for walking sharks," Nikijuluw stated, highlighting the need for an integrated conservation program, both on land and at sea, to ensure survival of the species. (ANTARA)