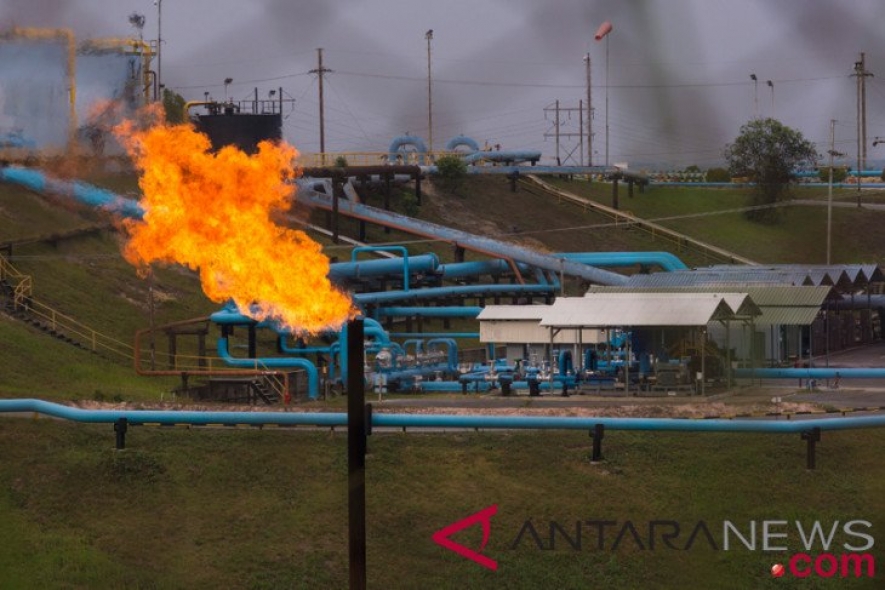 Energy Watch Executive Director Mamit Setiawan has expressed regret over PT Chevron Pacific Indonesia's move to stop drilling in the Rokan oil block in Riau Province since it could have a significant impact on the reduction of national oil and gas production. "Chevron has stopped drilling (in the oil block) while in fact, they are still contractor there until 2021. The move highly disrupts national oil and gas stocks. The decline in national production in 2019 was among others the result of Chevron's move to stop drilling in the oil block," he said in a written statement released on Saturday. He said the Rokan oil block is the second largest contributor to the national oil production next to the Cepu Block in Central Java Province. The Rokan Block also has extraordinary oil deposits. "So there is still large potential there. In fact, Chevron also has not exploited a number of wells there. If it continues to stop drilling in the block, the oil and gas production will likely drop again in 2020," he said. At a hearing with the House of Representatives (DPR) Commission VII in Jakarta on Monday (Jan 20, 2020) PT Chevron Pacific Indonesia President Director Albert Simanjuntak revealed that the company has no longer drilled in the Rokan oil block since 2018 because the block is no longer economical. The other reason behind the company's decision to stop drilling in the block is that its contract will expire on August 8, 2021 after which state oil and gas company PT Pertamina Hulu will manage it. Setiawan said Chevron's decision to stop drilling in the Rokan oil block has not only affected the national oil and gas production but also caused difficulties for Petamina to raise production when it starts managing the block in 2021. He said when Pertamina took over the Mahakam Block the old contractor also stopped drilling in the block during the transitional period. Hence, when Pertamina started taking over the block its production also dropped. "As a result, all sides put the blame on Pertamina. They did no t know the history that during the period of transition no drilling was allowed What I am worried about is that it will happen to the Rokan block," he said; During the transition period only six out of 40 wells were drilled after Pertamina intervened in the issue, he said. (ANTARA)