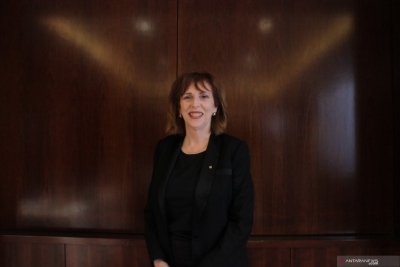 Monash University announced it had received the Government of Indonesia’s approval to establish the first foreign university campus in Indonesia.Based in Jakarta, Monash Indonesia will function as a postgraduate campus, offering Master and PhD degrees, as well as executive programs and microcredentials. It will be research-intensive and industry-engaged and operate with full support of both the Indonesian and Australian governments.The establishment of Monash Indonesia symbolizes a vital deepening of the bilateral relationship between Australia and Indonesia, with long-term benefits for both countries in the areas of education, research, and industry collaboration, according to a statement from Monash University received in Jakarta, Monday.In particular, it will facilitate the two-way flow of students and scholars, and innovative ideas and technology.Monash Indonesia will make a strong and distinctive contribution to Indonesia’s social, economic, and technological development. It will bring expertise in areas of high demand, including data science and digital technology, infrastructure and urban planning, creative industry and entrepreneurship, and health systems and public health.In establishing this campus, the university upholds its commitment to being a truly global university. This new Monash campus joins a dynamic network alongside the highly successful Monash University Malaysia, as well as our partnered campuses in Suzhou, with the SouthEast University, and Mumbai, with the Indian Institute of Technology Bombay.Monash Indonesia will begin short executive programs later this year and plans the first intake of Masters students for the four quarter of 2021.Students of Monash Indonesia will be awarded a Monash University degree, and opportunities will exist for cross-campus collaboration for research purposes and mobility in education.“Monash has a long-standing history of engagement in Indonesia and a desire to build deeper links with a thriving and innovative community with great ambitions for education and research,” Professor Margaret Gardner AC, president and vice-chancellor of Monash University, stated.“The opening of Monash Indonesia, the first Australian university based in Indonesia, will enable us to work in and with Indonesian people and their organizations to realize their future opportunities. The physical establishment also serves as a symbol of Monash’s commitment to Indonesia and the wider Asian region, as well as stronger research and education links between Indonesia and Australia,” Gardner noted.“I am very pleased Monash University will establish a branch campus in Indonesia. This will help accelerate the strengthening of our education system and deepen the social, economic and technological links between Australia and Indonesia. This partnership will be the first out of the many other partnerships to come,” Indonesia’s Minister for Education and Culture, Nadiem Makarim, stated. (ANTARA)

More in this category: « Jokowi is Upbeat About Capital City Relocation in 2024 Indonesia Initiates UNSC Meeting on Palestine: Envoy »
back to top
Home