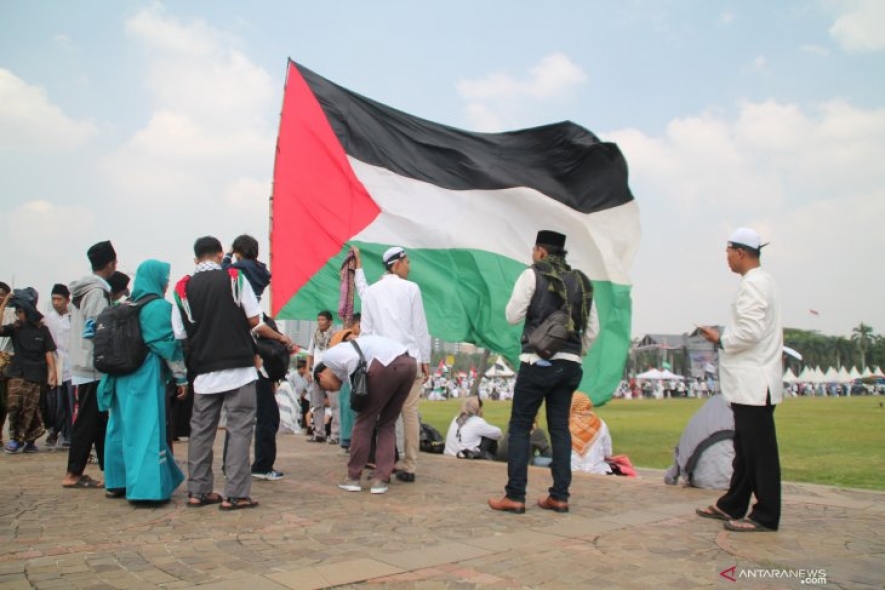 Some people were flying Palestinian flag at a rally of Save Alquds in Jakarta recently. (Bambang Purwanto)

The Indonesian government's action in responding, defending, and fighting for the fate of Palestinian people reflects anti-colonial policies, according to the Indonesian Ulema Council (MUI)."Indonesia’s stance reflects anti-colonialism as stated in the opening of the 1945 Constitution. It is also apparent from Indonesia's consistent action," MUI General Secretary Anwar Abbas noted in a written statement received here on Thursday.According to the mandate of the 1945 Constitution, independence was the right of every nation.Abbas believed Indonesian people will support Minister of Foreign Affairs Retno Marsudi to fight for humanity and justice."Good luck to the minister of foreign affairs," he stated.US President Donald Trump and Israel had influenced the United Nation (UN) members to support the mission to reject the Palestinian people's sovereignty over Jerusalem.The Indonesian government has consistently supported the Palestinian people's sovereignty and been courageous to speak the truth.However, Indonesia will face a severe challenge from the superpower country and its allies over its stance."Indonesia and Tunisia will fight and initiate a special UN Security Council meeting to discuss the fate of the Palestinian nation and its people," Abbas stated. (ANTARA)