Indonesians From Wuhan Can Leave Natuna on Saturday 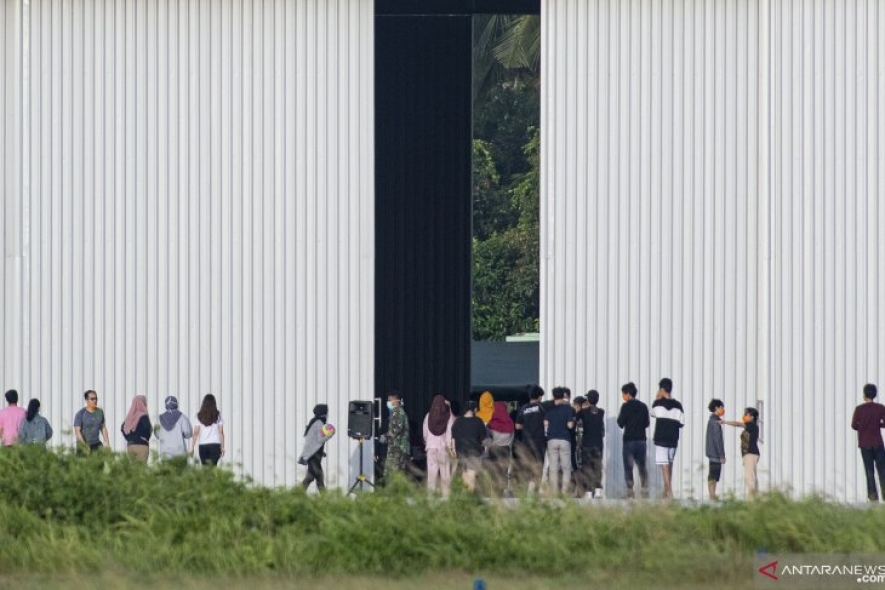 Indonesian citizens who were evacuated from Wuhan, China, will be able to leave Natuna District, Riau Islands Province, after the 14-day observation period ends on Saturday, February 15, according to Minister of Health Terawan Agus Putranto."The 15th (February). Family or relatives can pick them up at Natuna. It's up to the family," Terawan said here on Thursday.The minister also ensured that until now some 285 Indonesian citizens including students, aircraft crew and pick-up team members, returning from Wuhan, China, are in good health during observation. None had been affected by the new coronavirus.Meanwhile, TNI Commander in Chief Marshal Hadi Tjahjanto and National Police Chief General Idham Azis on Thursday visited residents of Kampung Tua Penagi and Kampung Pering Bandarsyah during a working visit to Natuna.They inspected health posts in the area and provided staple assistance to residents around the observation center."The Chief of Police and I, are visiting to motivate the TNI soldiers in the context of humanitarian tasks," the TNI Commander remarked."Secondly, we also greet the people around the observation area," he added.The residents living around the observation center were in good health, he said.The government earlier urged people to not harbor concerns over 238 Indonesians to be reunited with families after their 14-day quarantine and declared healthy by authorities."We do not need to be worried," Social Affairs Minister Juliari Peter Batubara notified journalists here Tuesday in connection with the government's plan to reunite them with their families.Batubara attempted to convince the people at large, saying that those who were under strict observation and now confirmed to be healthy by the Health Ministry, would be allowed to reunite with their families."Therefore, if they have been permitted to go home, it is a guarantee that there is no need to worry," he noted. People should avoid harboring concerns over the health of their countrymen currently quarantined in Natuna following their evacuation from Wuhan on February 2, he stated.Early this week, the Coordinating Human Development and Culture Ministry held a technical meeting for talks on the planned return of Indonesians to their provinces.In this connection, the South Sulawesi provincial administration has been adopting precautionary measures since three of the 238 evacuees are residents of Bulukumba District."We have coordinated with the provincial health office. We are taking precautionary measures and are preparing for their return from Natuna District after they complete their 14-day coronavirus incubation period," he had noted on February 5.The provincial administration should ensure they are in good health so that they can be reunited with their families in Bulukumba, he remarked. (ANTARA)