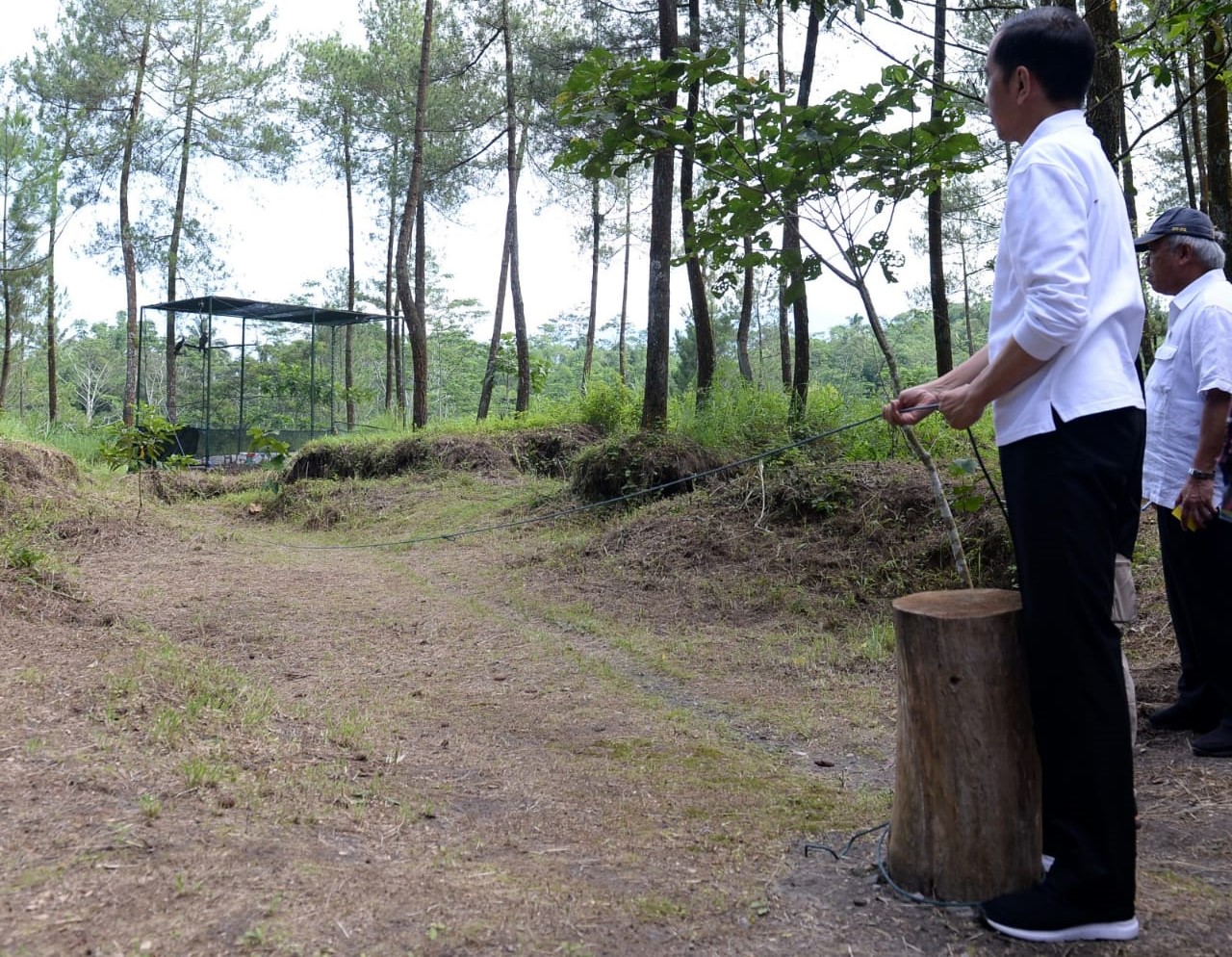 President Joko Widodo released a pair of Javanese eagles and planted pulai in the Jurang Jero area of ​​the Mount Merapi-TNGM National Park in Magelang District, Central Java, Friday (14/2). In this activity, the President was accompanied by, among others, Minister of Environment and Forestry Siti Nurbaya Bakar and Head of the National Disaster Management Agency (BNPB) Doni Monardo. The male eagle released by the president named Abu and the female one is Rossy, each 3 years old. In addition to Javanese eagle, they also released two cages containing finches, trucuk and turtledove. In addition to releasing Javanese eagles, the president also planted Pulai and vetiver trees as a form of Vetiver System formation to strengthen the soil structure which was also followed by the surrounding community. The purpose of the planting is to reforest the land that is still minimal in plants so it will provide good oxygen and prevent disasters such as floods and erosion.//Antara