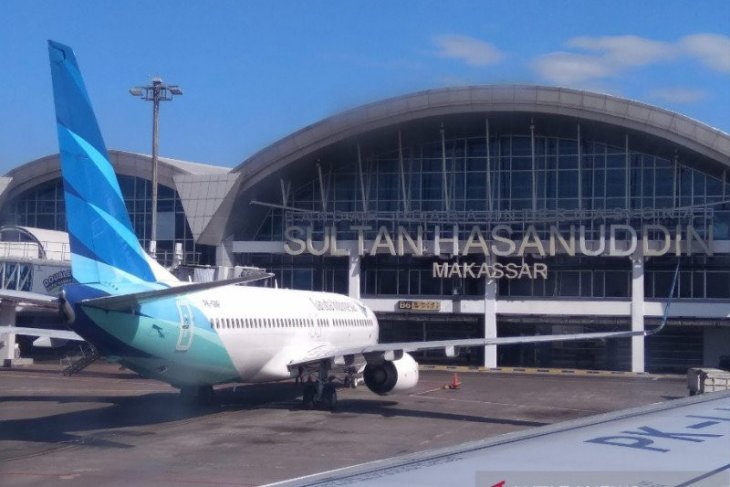 A plane of Garuda Indonesia at the Sultan Hasanuddin International Airport in Makassar. (ANTARA/Suriani Mappong/sw)

The COVID-19 pandemic has left Garuda Indonesia, the state-owned airline, with no choice but to ground 70 percent of its aircraft while also conducting checks and maintenance of planes to ensure their airworthiness. "During this outbreak period, we have grounded several of our aircraft since the cut in flight traffic. Thus, the operation of flights has been paused," Technical Director of Garuda Indonesia Rahmat Hanafi stated in an official Instagram post @garuda.indonesia on Monday. Several technicians from GMF AeroAsia are working hard to ensure the planes’ airworthiness by adhering to a prolonged inspection mechanism, including covering the aircraft’s inlet and exhaust to prevent the entry of particles into the machines, Hanafi expounded. In-cabin maintenance processes include cabin and lavatory cleaning, as well as disinfecting the seats and cushions, in addition to taking off the seat covers. The entire process regularly takes some 14 days to conduct. It will be conducted two to three days before its operations. "Thus, the aircraft will not encounter any snag, and comfort, safety, and health aspects are maintained during flights," he noted. Garuda Indonesia owns 142 aircraft, comprising Boeing 777-300ER, Boeing 737-800NG, Airbus A330-200, Airbus A330-300, Airbus A330-900neo, CRJ1000 NextGen, and ATR 72-600, with lifespan averaging 6.62 years. (ANTARA)