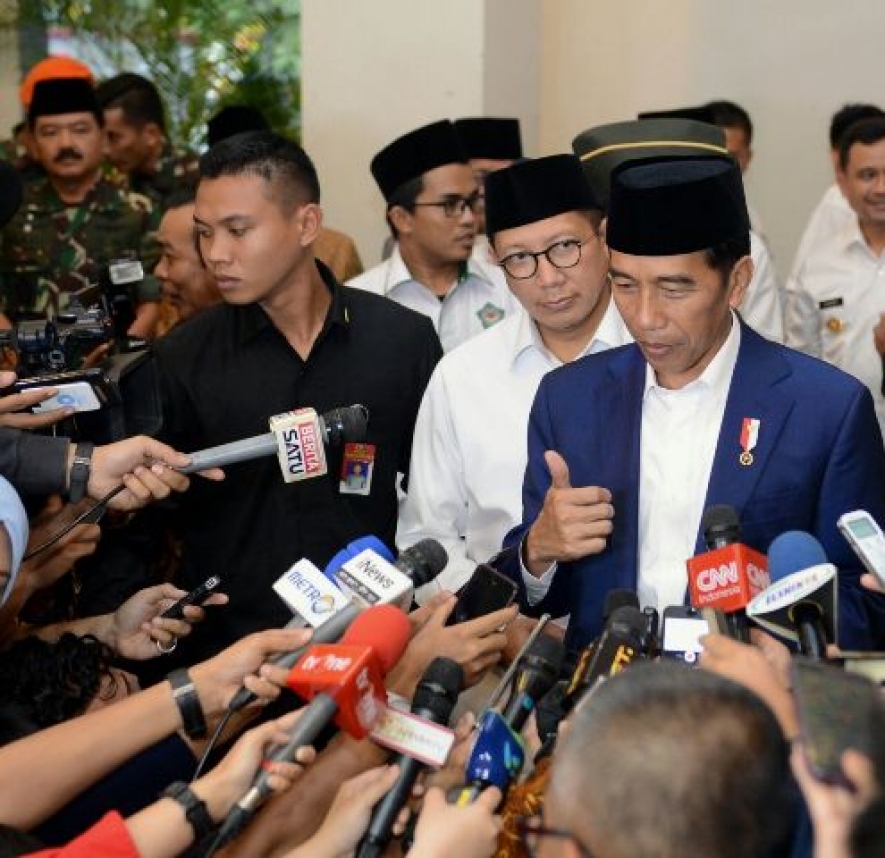 Indonesian President Joko Widodo said that he still has not signed the Law on the People's Consultative Assembly, the People's Legislative Assembly, the Regional House of Representatives, and the Regional Representative Council -MD3. The President wants an in-depth review of the Act. After attending the National Zikr and the Opening of the National Working Meeting of Dhikikir Hubbul Wathon Assembly, in Jakarta on Wednesday (21/2), the President said he understood the concerns in society related to the MD3 Law passed by the House of Representatives some time ago. The President hopes that Law on MD3 will not be the cause of the declining quality of democracy in Indonesia.

“I understand the unrest in the society. Many say that law and ethics are mixed up here. Some say, politics and law are mixed up. Those are the opinions I read, which I heard in the community. I do not think we all want to undermine the quality of our democracy. But until now it is already on my table, I have not signed, until now I have not signed, because I want to have in-depth study, whether I need to sign it or not,” the President said.

The President further said that he would not issue a Government Regulation in Lieu of Law related to the ratification of the new MD3 Law. Nevertheless, according to the President, based on the regulation, the public has the opportunity to sue the law to the Constitutional Court if they are not satisfied with the House's decision. (VOI/Ndy/AHM)