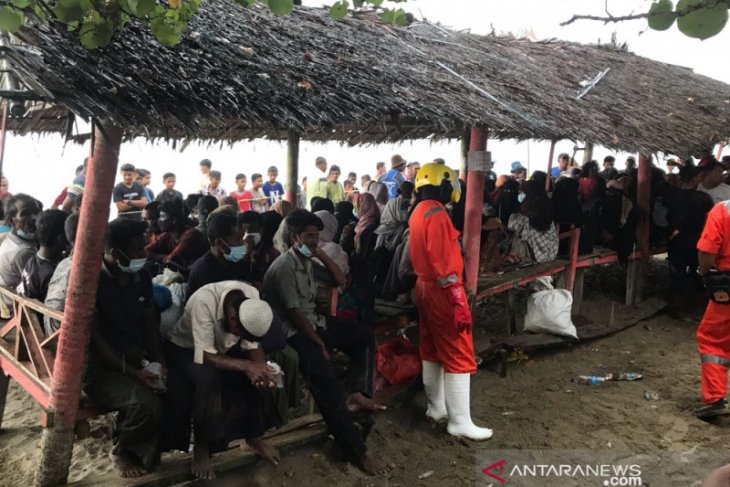 Rapid diagnostic tests for the novel coronavirus disease (COVID-19) were conducted on 94 Rohingya refugees stranded in North Aceh District, Aceh Province, Lhokseumawe Mayor Suaidi Yahya stated."We are conducting rapid tests to ensure that the Rohingya refugees are free of COVID-19," he stated in Lhokseumawe, Aceh, on Friday.Rohingya Muslims were tested on the night of Thursday (June 25) at their refugee site located in the quarantine area of the Immigration Office in Peuntet, Lhokseumawe City, after being rescued from the sea on Lancok Coast, North Aceh District.The rapid tests were deemed necessary to conduct since the Rohingyas are international refugees. If any of them contract COVID-19, they will be immediately isolated, he remarked."We hope the results will come negative. However, if they test positive for the disease, they will be quarantined independently at this site," he stated.The Lhokseumawe administration will coordinate with various parties, including the Government of North Aceh, for the supply of logistics to asylum seekers from Myanmar.Yahya remarked that the government will also continue to provide security and conduct supervision of the refugees, with the support of the Indonesian Defense Forces (TNI) and Police (Polri), as well as the COVID-19 Task Force team and other elements."The cost of logistics for the Rohingya will be borne first by the government, specifically the North Aceh government, and we will also support it," Yahya affirmed.On Wednesday (June 24), the 94 Rohingya refugees were rescued by three Aceh fishermen, as their damaged boat had begun sinking in the waters of Aceh.The Rohingyas, comprising 49 women, 15 men, and 30 children, were evacuated to the fishermen's boat and received drinking water and food.After the boat filled with refugees remained adrift in the waters, awaiting to land at the beach, the North Aceh government on Thursday finally agreed to accommodate the refugees after an UNHCR local officer made assurance of facilitating the handling of the refugees.Empathetic local Aceh villagers helped the refugees to disembark from the boat to land amid torrential rains and bustling winds."We are sad since there were many children on the boat. The weather was inhospitable. Poor them," Amran, Lancok resident, who helped the refugees to land, stated.Oktina, a protection associate of the United Nations High Commissioner for Refugees (UNHCR), expressed her gratitude to the local residents and North Aceh government for helping the Rohingyas."The most important aspect is to first rescue them and give them food and drinking water, as they had been adrift at sea for months," Oktina emphasized. (ANTARA)