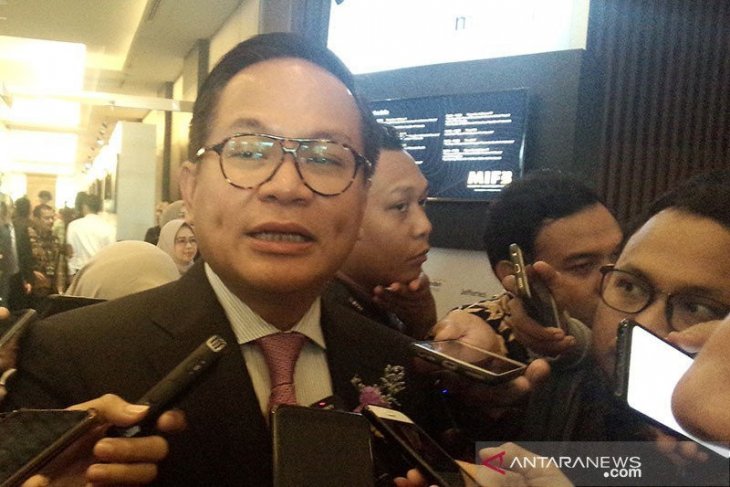 The domestic banking industry has fared relatively well and has remained strong in the midst of the pandemic, as reflected by several indicators, according to the National Bank Association (Perbanas).The capital adequacy ratio (CAR) of banks as of April this year stood at 22.03 percent, and the ratio of non-performing loans (NPL) remained low at 2.89 percent (gross) and 1.13 percent (net), Perbanas chairman Kartika Wirjoatmodjo said in a statement received on Wednesday in Jakarta.“The CAR in April, 2020 was indeed lower than (at) the end of 2019, but a CAR of 22 percent shows (the banking industry is in) good condition," Wirjoatmodjo said.Meanwhile, the ratio of liquid/non-core deposit (AL / NCD) and liquid / DPK (AL / DPK) tools as of April was pegged at 117.8 percent and 25.14 percent, far above the respective thresholds by 50 percent and 10 percent, he said.Wirjoatmodjo said that to tide over the current challenging situation, the banking industry requires strong capital.Therefore, banks have been striving to maintain capital adequacy above a predetermined threshold.This is certainly a common concern for maintaining financial system stability, he said. Therefore, he added, Perbanas appreciates the efforts made by the Financial Services Authority (OJK) to strengthen the national banking industry by encouraging large investors, who are able to ensure the sustainability of banking in Indonesia.According to Wirjoatmodjo, the banking industry is facing a challenging situation, in terms of liquidity issues, sluggish credit demand, the ability of debtors to repay loans, and the issue of sustaining profitability in face of margin pressures.However, Perbanas sees the regulator and the government have tried to overcome these problems by offering a series of relaxations and formulating a number of necessary policies, he noted.As an association of industry players, continued Wirjoatmodjo, Perbanas has also been quite involved in providing input.He said he feels the tradition needs to be maintained because, to face difficult situations, intense communication and strong coordination between all stakeholders is needed. (ANTARA)