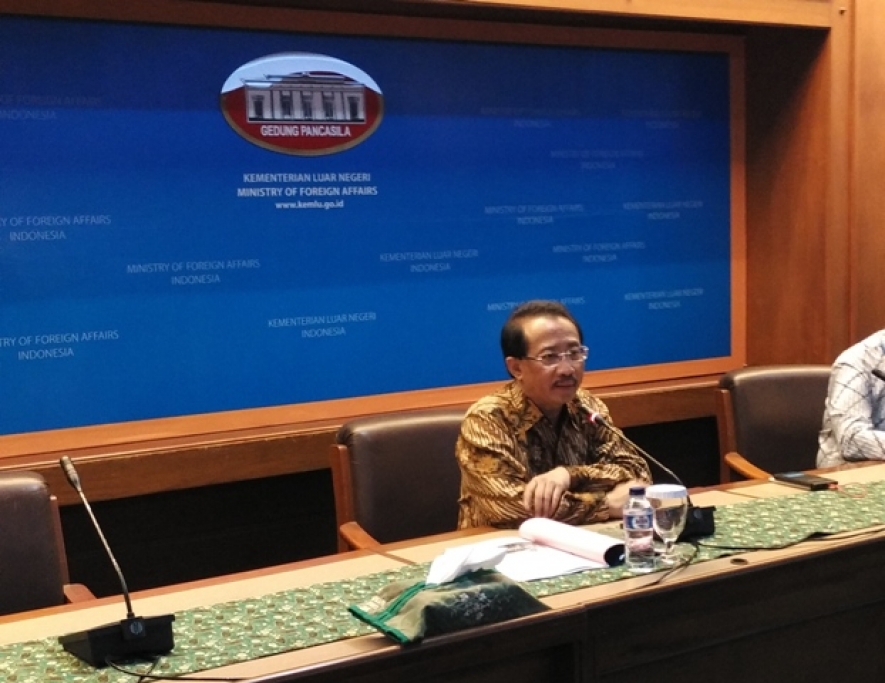 Embassy of the Republic of Indonesia in Moscow, Russia will hold Festival Indonesia 2018 on 3-5 August. The festival scheduled to be held at Krasnaya Presnya Park in Presnensky District, Moscow will be presenting different concepts with the previous Festival Indonesia.

“…The festival will take place for 3 to 5 hours from 12 o’clock PM until 9 o’clock PM nonstop. It will highlight art and culture. In addition, we will also hold market display. This is different from the previous festivals of every region. Now, we make per cluster. Take for example, there is Batik and then there is handicraft, there is culinary that will be provided until 9 PM and the art performance will depend on donations from every region,” Indonesian Ambassador to Russia, Wahid Supriyadi in his press conference at the Ministry of Foreign Affairs in Jakarta, Friday (23 February).

Ambassador Wahid Supriyadi further said that in relation to the performance of Indonesian arts, so far he has not been able to confirm any areas that will appear in Festival Indonesia 2018. But he said, based on experience, Malang, East Java, and Boyolali, Central Java are the regions that are never absent to present art performances at the Festival Indonesia in Moscow. Festival Indonesia 2018 is the third one held by Embassy of the Republic of Indonesia in Moscow. Festival of Indonesia itself each year is considered to continue to have a positive impact for Indonesia. Positive impacts include an increase in total trade by 25.2% with Russia and an increase in the number of Russian tourists coming to Indonesia by 37.28% in the period from January to November 2017. (VOI/Rezha/Trans by Rhm)